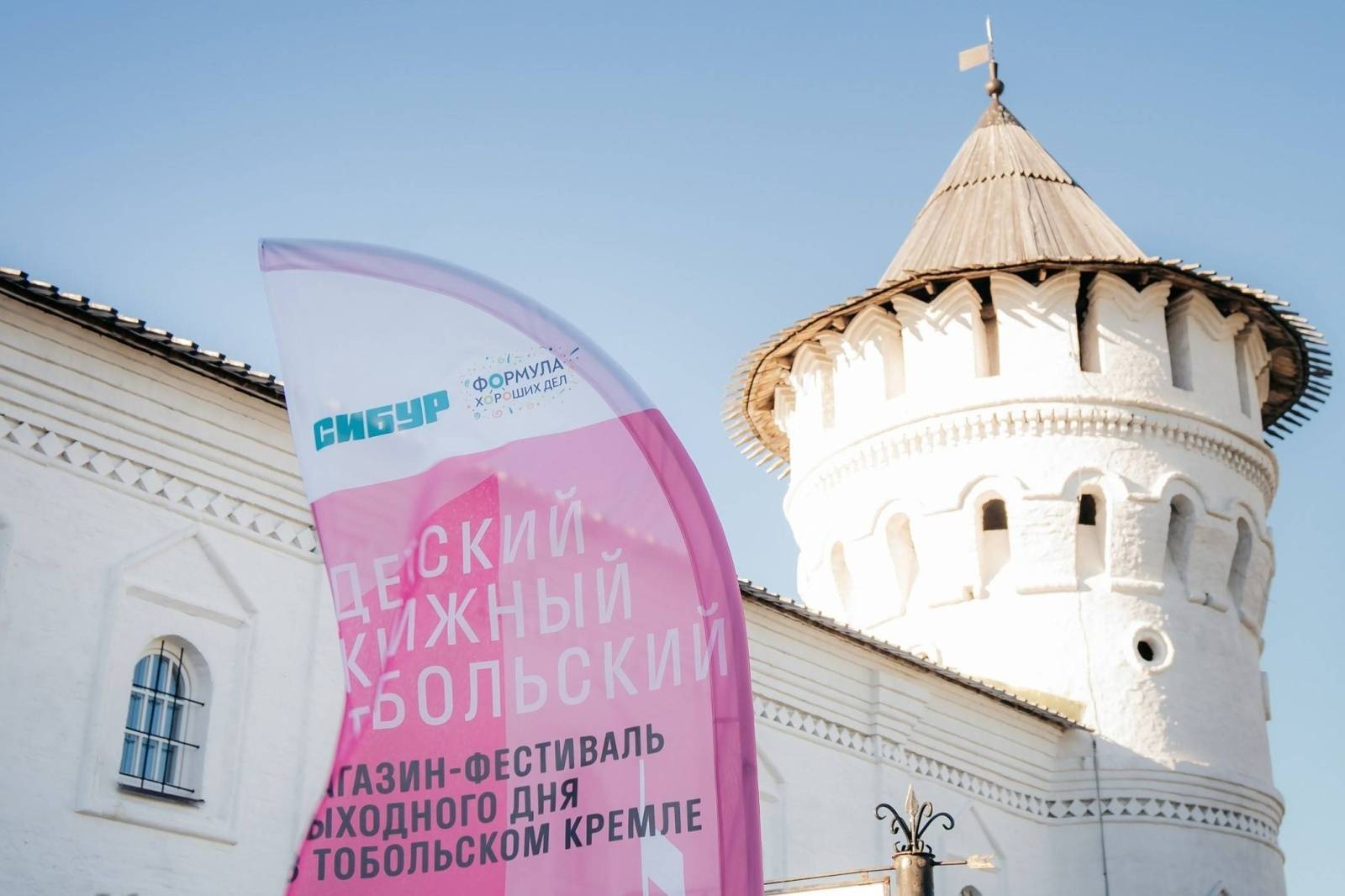 On September 9 to 18, 2022, Tobolsk will host Tobolsk’s Children's Book Festival for the second time. The festival’s program includes tens of master classes for adults and children, discussions about the future of the urban environment, film viewings, talks by writers, artists, architects, and bloggers. Guests of the festival will be able to join a cycling race, race in children's cars and on scooters, and even soar over the city’s Kremlin in a hot-air balloon.

The festival will bring to Tobolsk some of the country's best publishers including Alpina. Children, Alpina Publisher, Alpina Non-Fiction, Career Press, A+A, Ad Marginem, Samokat, White Crow, and Yulbasma. They will be bringing with them not only the most interesting and beautiful books published in the recent years, but also their authors who will speak in front of their readers.

The festival will take place at a number of different venues at once including Tobolsk’s Gostiny Dvor, the Water Tower, Red Square, Aptekarsky Garden, and the Moya Territoriya multicenter. An entire wing of Gostiny Dvor will be reserved for the publishing houses. It will host creativity master classes and pop-up stores where visitors will be able to buy books with 3D and animated illustrations.

The festival will feature not only children's illustrated books, but also new popular science and fiction books for adults. Among them are books about creative entrepreneurship, tourism, local identity, and urban development.

Urbanism is going to be one of the central themes of the festival. The residents of Tobolsk will be able to take part in creative and discussion labs that are going to be facilitated by the architectural bureau Wowhouse. The bureau has been contracted to develop Tobolsk’s master plan. Representatives of the company will present to the city’s residents up-to-date information about how the city is going to change in the near future.

The Moya Territoriya multicenter at Aptekarsky Garden will host a series of meetings with representatives of creative young people and creative industries. Attendees will discuss cultural blogging, organization of festivals and construction of urban culture centers. Children will be invited to take part in a series of special themed events. They will be making art objects, compiling guidebooks about their street and planning expeditions.

Yet another venue of the festival- the Red Water Tower - will be transformed into Tobolsk’s Children's Book and Tourism Center. It will become home to an exhibition dedicated to travel and tourism for the entire duration of the festival. The exhibition will feature a collection of picture books, illustrated encyclopedias, comic books, and picture novels. The publications will immerse adults and children alike into a playful and educational atmosphere and encourage them to explore their hometown and the world around them.

Those visiting the Red Tower will be greeted by the exhibition’s curator and book artist Kasia Denisevich, as well as by a local Tobolsk entrepreneur Olga Kiyko and her son Matvey, who will be acting as bookstore managers. The Kiykos have already taken part in last year's festival. The experience inspired Matvey so much that the boy decided to start his own book blog. Now the mother and her son are working on their own Tobolsk-themed project titled "Books, Coffee and Conversations". The publications featured in the project’s collection will be on display at the store.

A special program "Tobolsk - Kazan: The Route Has Been Built" was prepared by the festival specially for librarians, teachers, museum specialists, and other professionals involved in advancing Tobolsk's cultural life. There will be an exhibition dedicated to the study of Siberian Tatars’ culture held at the residence of Guzel Garipova, a Kazan artist and art director of "Yulbasma", a children's publishing house. In addition, Kirill Mayevski, a co-founder of the Kazan Center for Contemporary Culture and the Smena bookstore, will come to Tobolsk and share his experience with developing urban projects with the help of books.

The touring shop/festival will come to Tobolsk as part of the federal project titled "Books in the City". The festival will be made possible thanks to the support of SIBUR's social investment program, the Formula for Good Deeds, Tobolsk’s city administration, and the Tyumen Museum and Education Association. Its program was developed in cooperation with the New Moscow International Children's Book Fair and the Moscow International Book Fair.

The Shop/Festival held in the White Towers of the Gostiny Dvor and the Red Water Tower will be open every day from September 9 to 18 from 10 am to 8 pm.-

You can find a more detailed schedule of the festival's events at knigivgorode.ru.

This book festival is Tobolsk’s tried and tested format for building new connections between different institutions of the city. It encourages one to start a dialogue with the publisher, the book, the author, with other readers, and with oneself. The festival’s activities give rise to a discussion touching on tough-to-answer questions such as "what is the role of the book in my life, can I rewrite it?", "what is important and what is superfluous?", "should I put something in or keep something out or is it just for me?". I'm especially pleased to note that thanks to the 2021 Festival, Matvey Kiyko's blog has become a reading magnet for the city's children's audience. It is him and his blog that channel the important thoughts about the value of reading and the depth of the world that can be opened to children and their parents, Elena Belskaya, Head of Zapsibneftekhim LLC’s Government Relations and Socioeconomic Projects Department pointed out.

Andrey Olkhovsky: "If you don't knock at the door, no one will answer”.
SIBUR held a series of volunteering events devoted to helping homeless animals
Literary festival The Power of the Word will be held in Nizhnekamsk on September 17-18