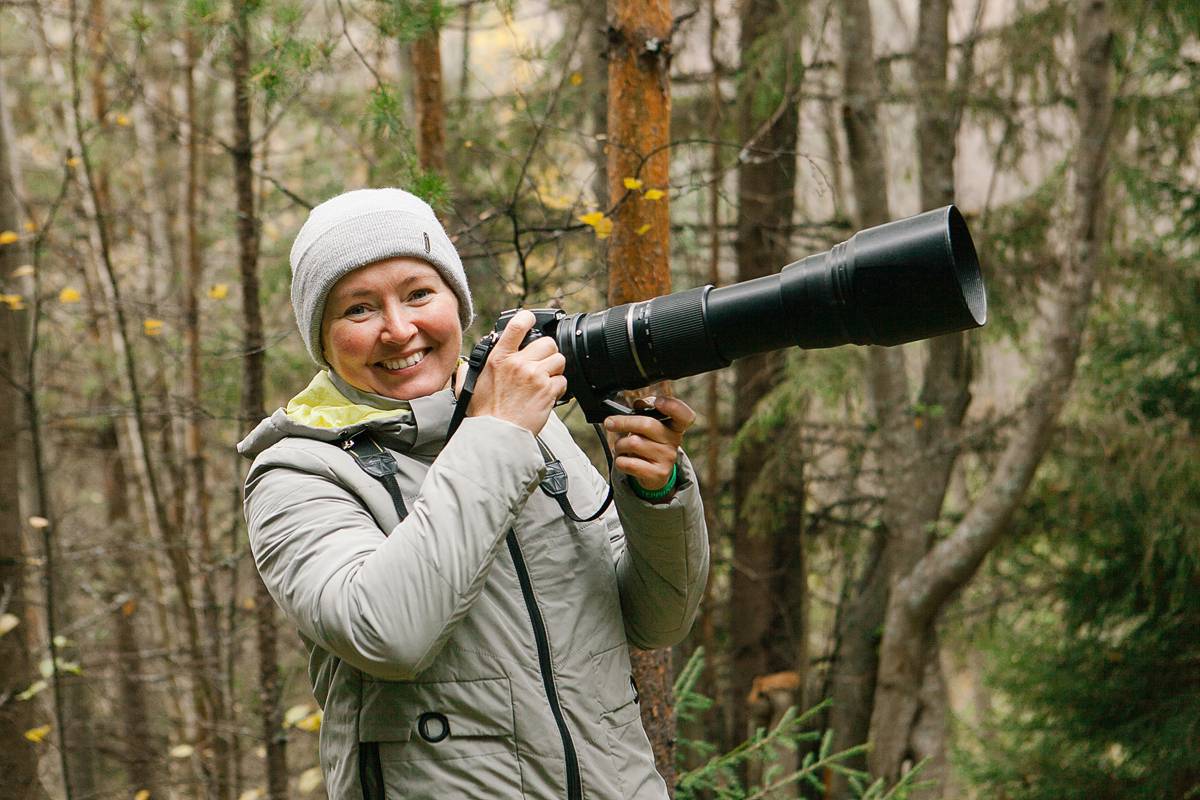 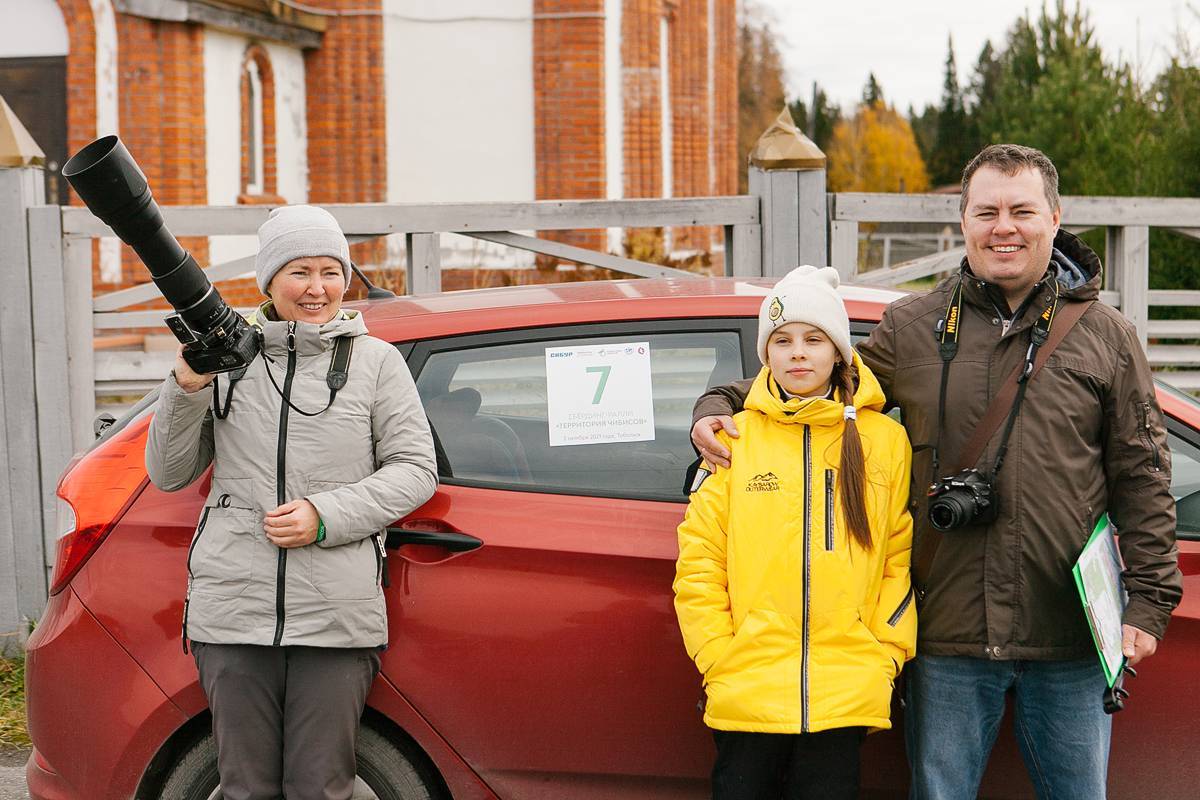 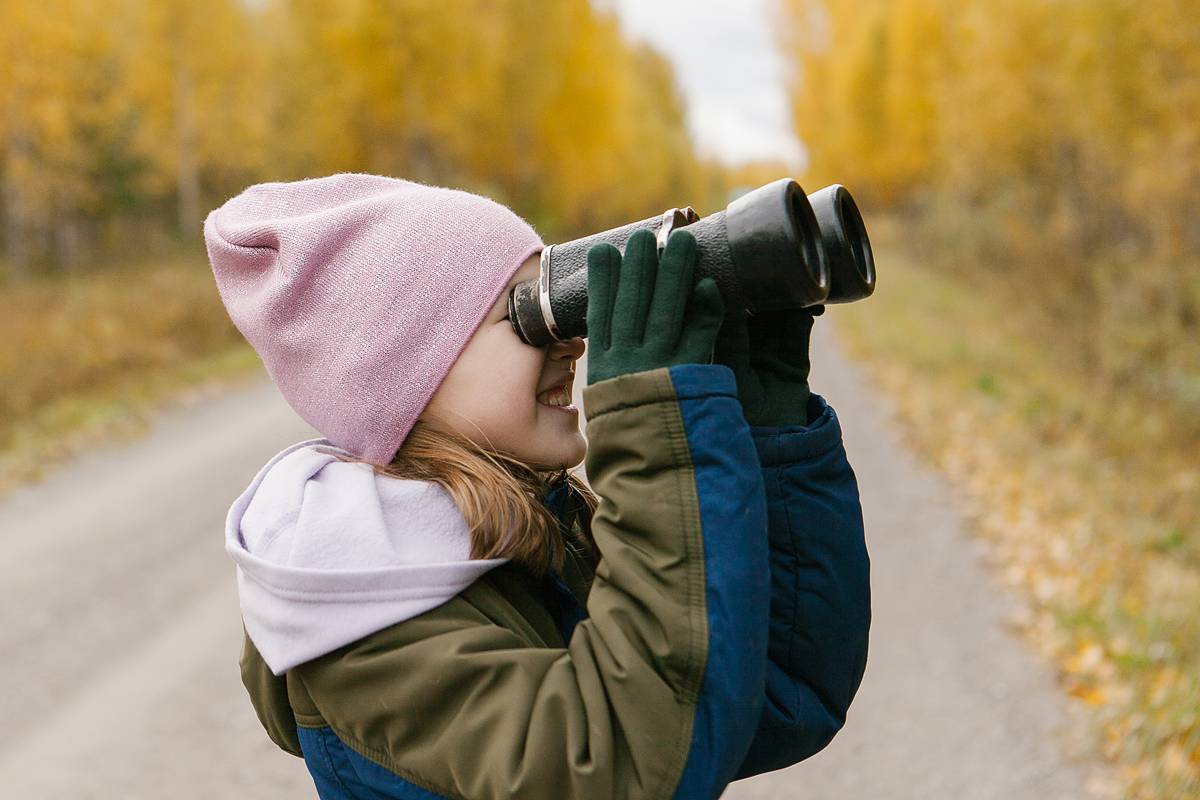 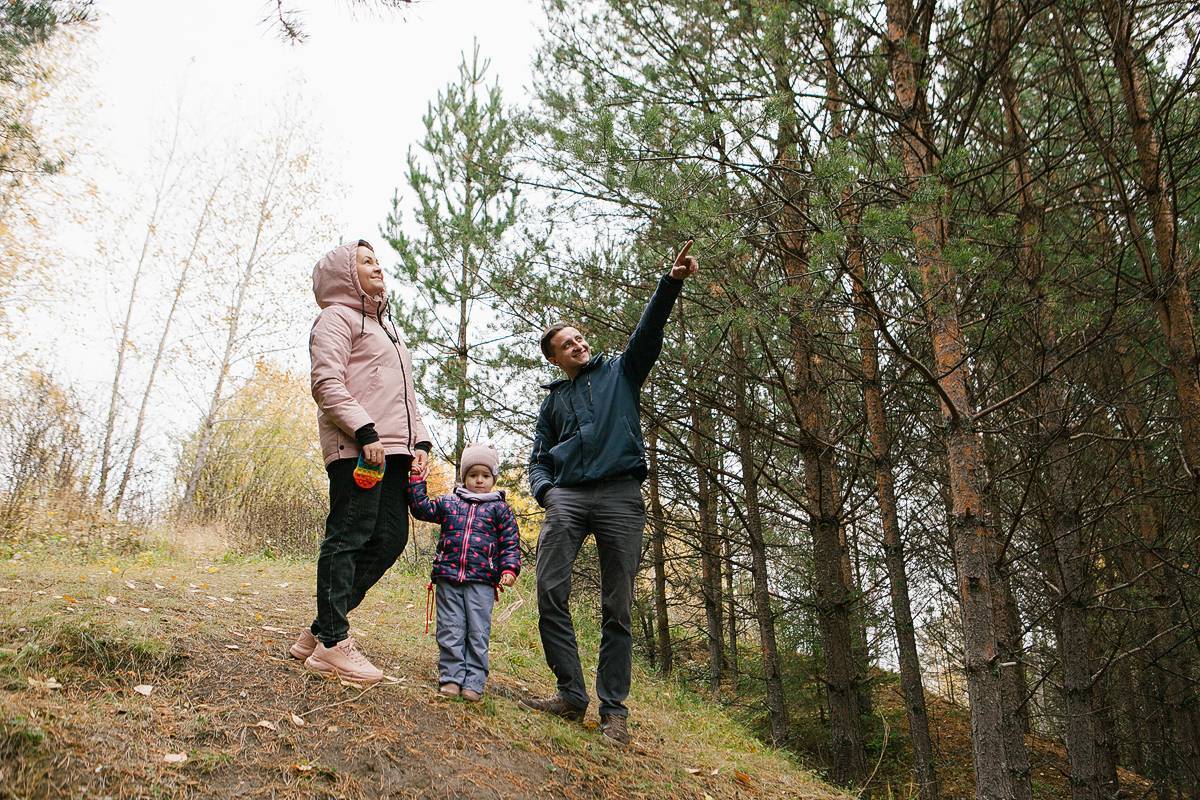 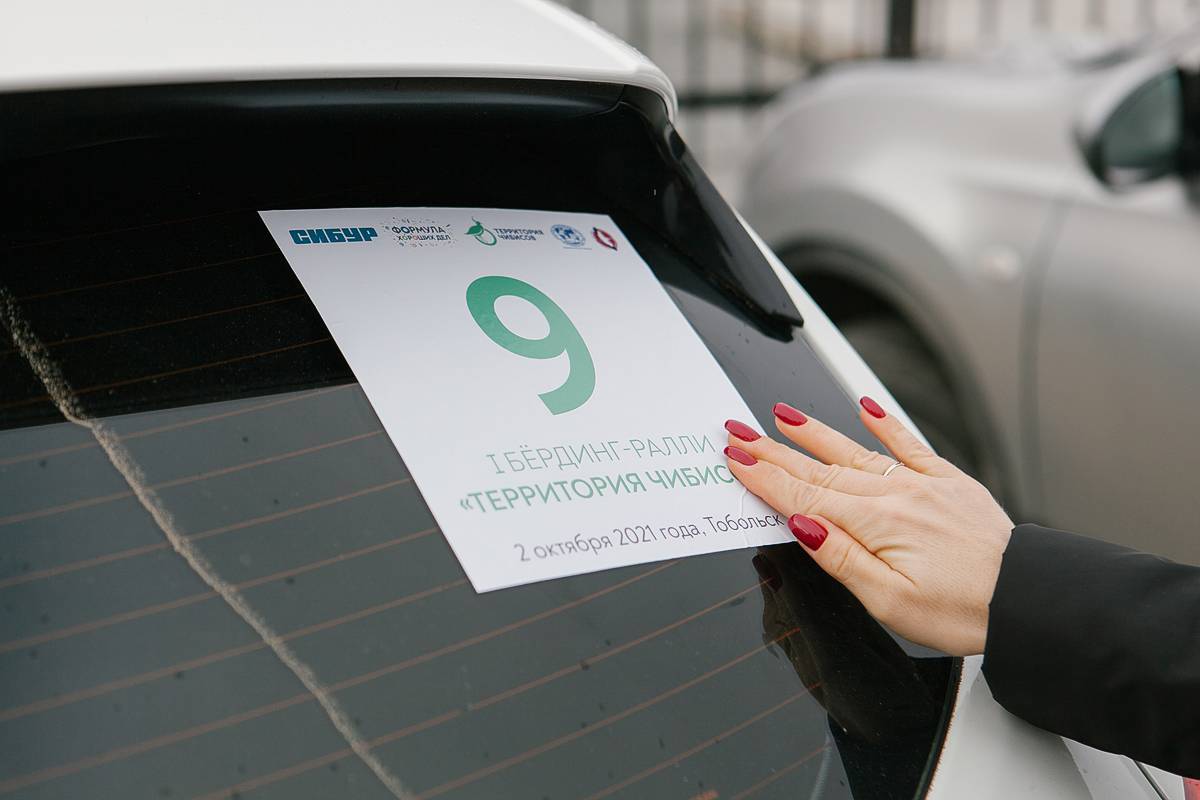 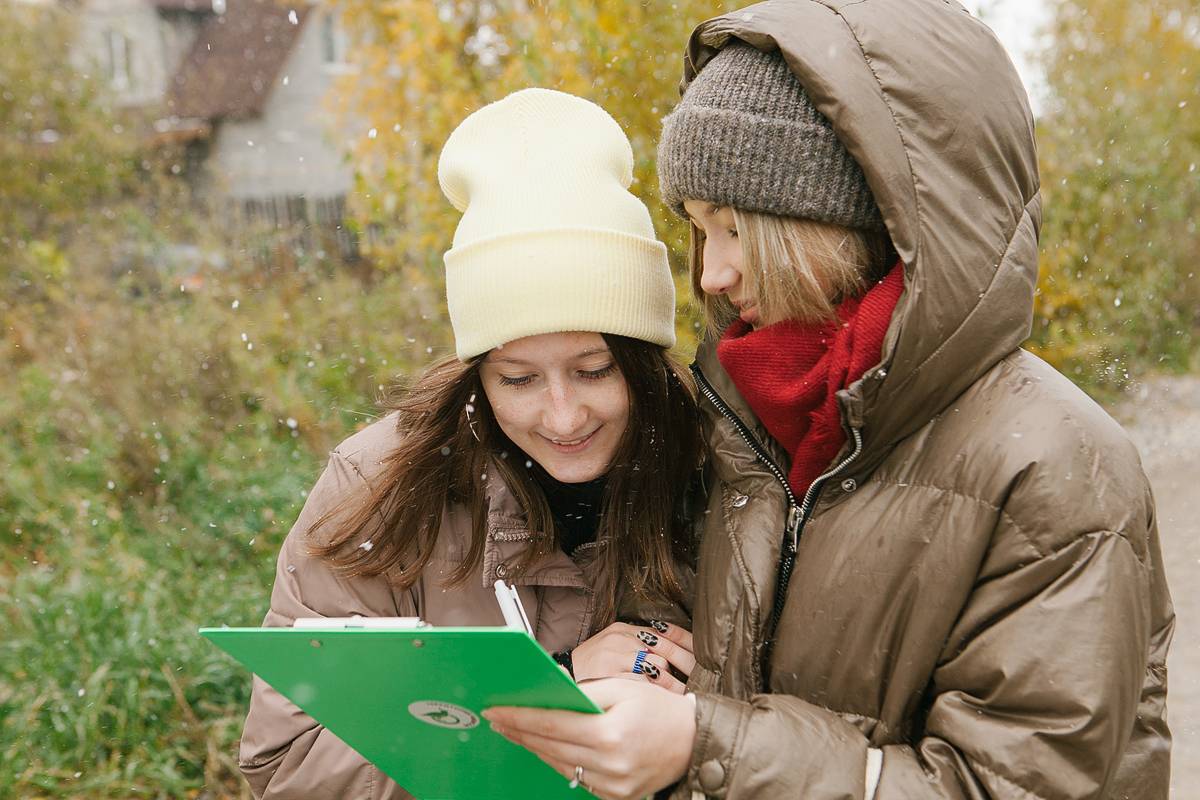 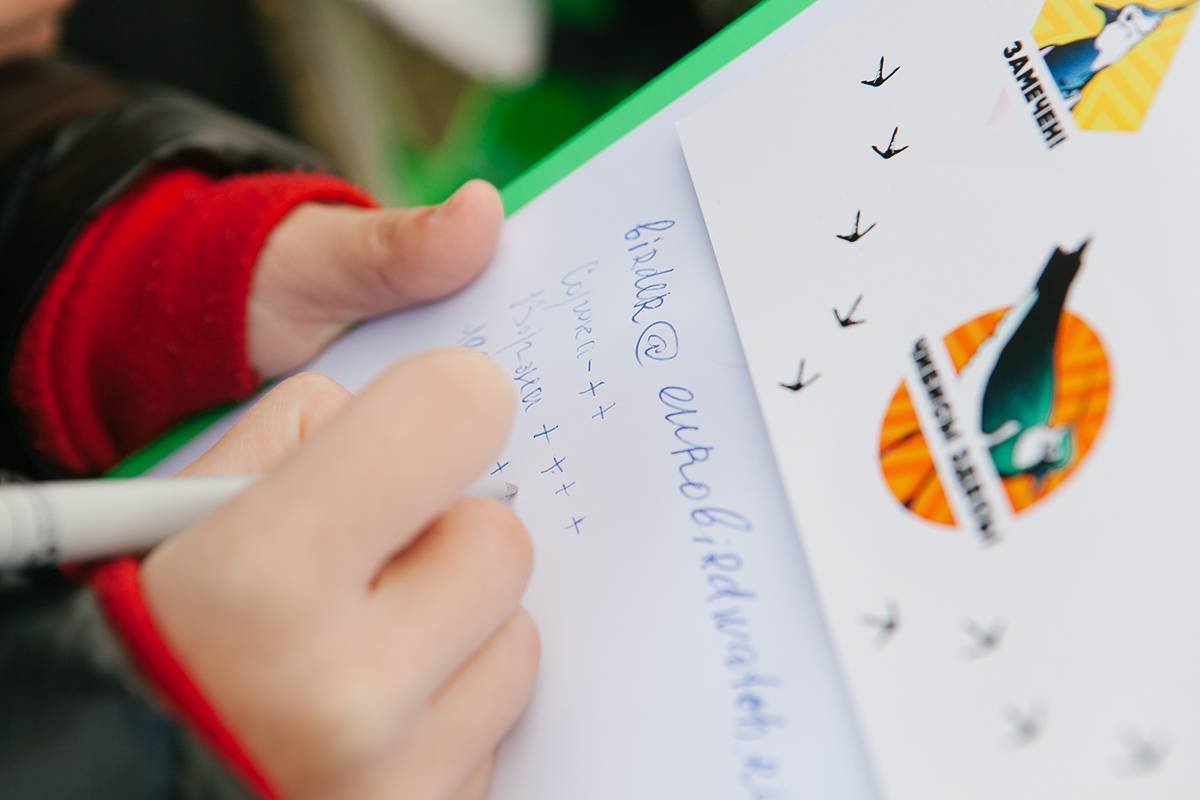 The first weekend of October saw Tomsk, Amur and Tyumen Oblasts hold various events under the auspices of the Land of the Lapwing project conducted within the framework of SIBUR's Formula for Good Deeds social investment program, in commemoration of the International Birdwatching Days. On October 2, Tobolsk hosted the first-ever birding rally, whereas schoolchildren from the three regions took part in special competitive ornithology tournaments held on October 2 and 3.

Holding a birding rally is yet another initiative of the Land of the Lapwing project, designed to raise public awareness of environmental protection challenges and of bird species conservation needs in Tyumen Oblast. We are always trying to come up with new formats to diversify our program of environmental campaigns and to draw the attention of children and adults alike to the need of studying and preserving the nature in their home cities and regions, Elena Belskaya, Head of Department for Government Relations and Social and Economic Projects at ZapSibNeftekhim LLC, noted.

The birding rally was held with the support of Tyumen’s Regional Chapter of the Russian Geographical Society and the non-profit partnership Birds and People. The tournament’s key distinctive feature was that participation was open to anyone, with no special training required.

The competitors of the birding rally tournament were tasked to drive their cars down a certain route and snap photos of as many species of birds as possible during the allotted time slot. This would complete the field stage of the rally, following which the budding ornithologists would have to correctly identify bird species based on their photos and to fill out a special checklist. Upon that, a professional jury would pick the event’s winners and runners-up. A total of 53 nature lovers representing 14 teams took part in the birding rally.

I have long been fond of photographing birds, but I had never thought that competitive ornithology tournaments existed in Russia, and I certainly had had no idea that our region would host one of those and that I would have a chance to compete in a birding rally! After driving 250 km from Tyumen to Tobolsk I happily and excitingly went through all the extra 140 km of the rally route offered to me. The birding rally was a success! There was excitement, the competitive spirit, interesting and new places, beautiful nature, dry and warm weather, a delicious and nourishing dinner, and a positive state of mind: you derive real pleasure out of the photo hunt under such circumstances! Vladimir Brynskiy, manager of the CAR72.RU car fans’ website and a birding rally participant, shared.

This past weekend, schoolchildren representing Svobodnensky district of Amur Oblast, Tomsk and Tyumen Oblast were able to take part in the Eurasian Bird Count. The budding researchers were asked to study the species diversity of birds in their respective regions and count the number of birds they spotted. This was done in a competitive format: they had to fill out special questionnaires on the bird count’s website.

Living in the countryside, we sometimes fail to appreciate that we are surrounded by a whole wonderful world of birds! Participation in the Eurasian Bird Count allowed all of us to discover the diversity of familiar and unfamiliar species of birds in our area. We spent these days in sync with nature, learned to listen to it, and appreciated being involved in such a large-scale event, Galina Trifonova, a teacher with Semyonovskaya Secondary School in the Svobodnensky District of Amur Oblast, noted.

A total of 279 students took part in the competition recording encounters with more than 11,500 birds. The school teams that recorded the largest number of birds will be awarded memorable prizes from the Land of the Lapwing Project.

Previously, we had only held school tournaments in Tyumen Oblast alone. We are glad that this year the Eurasian Bird Count got schoolchildren from Amur and Tomsk Oblasts involved. These competitions, a brainchild of the non-profit partnership Birds and People, have generated an enthusiastic response from students and teachers. For us, this event is not just an entertaining tournament for children and adults, it is a way of assisting professional ornithologists who will be able to better understand birds’ fall migratory patterns in Eurasia, thanks to the data we obtained and provided, Yuliya Gorelova, Director of the non-profit partnership Birds and People and an expert with the Land of the Lapwing project, commented

The Formula for Good Deeds, SIBUR's social investment program, was launched on February 1, 2016, in all key cities where the company operates. It is being implemented across six focus areas covering all essential social sector domains: urban development, education and science, sports and healthy living, environmental protection, culture, and volunteering. Further information about the program is available at www.formula-hd.ru.

The Land of the Lapwing is a comprehensive bird conservation project implemented on the grounds of ZapSibNeftekhim, SIBUR's largest petrochemical complex in Russia. The project has been under implementation since 2019 as part of the Environmental Protection focus area of the Formula for Good Deeds, SIBUR’s social investment program. Detailed information about the project is available at https://www.formula-hd.ru/projects/nature/chibisi/.