Build a New Layer: a special project of the 6th Ural Industrial Biennale got launched in Tobolsk 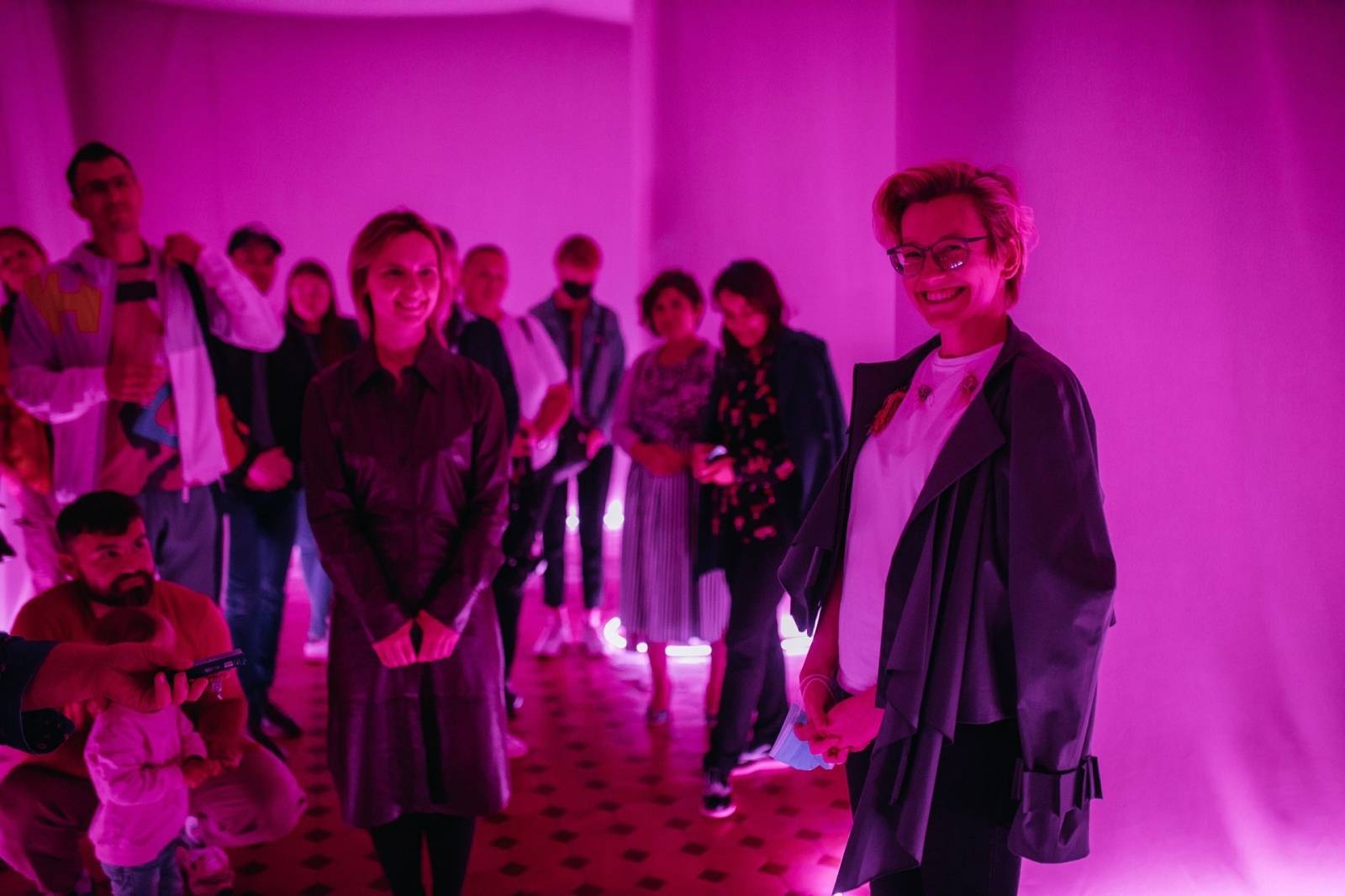 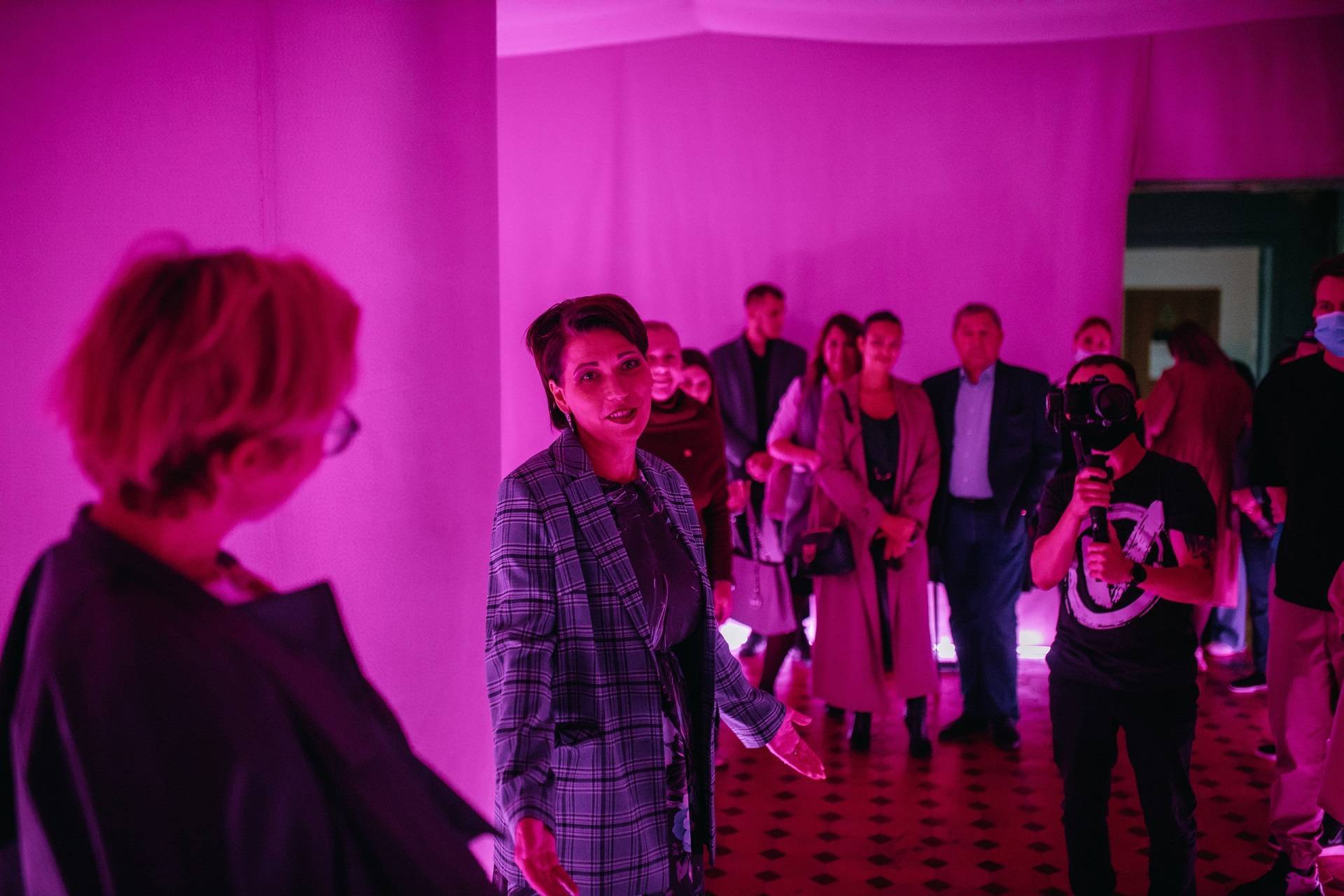 Invisible Touches, an exhibit by Ekaterina Sokolovskaya installed on the premises of the late 19th – early 20th century government wine warehouses, along with sculpture master classes, kicked off the project’s exhibition and public display program that will run through October 31.

Build a New Layer, a special project implemented in Tobolsk under the auspices of the 6th Ural Industrial Biennale focuses on unique relationships between man and urban space in today’s world. By making use of various formats of modern art, the project will help visitors take a fresh look at their day-to-day reality with all its multilayered and fleeting forms, and even take part in transforming it.

The project got under way with the unveiling of an installation specially created for it by artist Ekaterina Sokolovskaya (St. Petersburg). The exhibit consists of five sculptures of varying shapes and surfaces that are different to the touch. This allows viewers to interact with them in different ways: touch them, sit or lie down on them. The sculptures’ colors and pleasant tactile surfaces create a comfortable and understandable environment for the viewer, putting him or her into a meditative state.

This effect is further augmented by the installation’s audio track designed by artist Pavel Grazhdansky (St. Petersburg) with mixed sounds representing the effort that went into making the artwork including the buzz of an angle grinder, the sound of sculptural media being kneaded or that of sawing, among others. This helps viewers focus on their movements and sense the new opportunities for existing in unfamiliar surroundings that open up to their bodies.

The pandemic made us rethink our attitude toward touch, social distance, and personal space. An urban dweller’s daily routines are limited by his or her habits, occupation, and mode of existence in both the real and the virtual worlds. Urban spaces within and without stay in our attention’s blind spots as do our own bodies. The Invisible Touch exhibit draws one’s attention to a body’s functioning in everyday life, to the sense of touch which is nowadays limited by social distance restrictions, to the items and materials that they are made of, implying an opportunity to encounter something different, Alissa Sycheva, curator of the Build a New Layer project, commented.

The project’s public display program opened at the My Territory Multicenter with a meeting with Ekaterina Sokolovskaya and her family-oriented sculpture master classes focused on working with a human body. The artist showed her students and representatives of the city’s art community how various parts of a body can become a tool for making sculptures, mastered unusual new techniques and methods of working with sculpture media such as plaster, and also learned basic techniques of casting and taking impressions. The master class resulted in its participants creating miniature sculptures on their own.

These programs that the Ural Industrial Biennale, an international project of such prominence, creates and brings to Tobolsk are very relevant and valuable for the city and its residents. They bring with them these powerful emotions. For schoolchildren, students and people from all walks of life they present an opportunity to get acquainted with new art trends, make new discoveries, and acquire and hone their new skills. The more we see and think about it, the faster we evolve, and our city is evolving with us, Yana Zubova, First Deputy Mayor of Tobolsk, commented.

Art is not a self-contained system. Rather, it is something that is meant to permeate all areas of life. That is why we find it important to make sure that the projects carried out within the framework of SIBUR's Formula for Good Deeds social investment program resonate with people representing the city’s diverse communities. An important element of Tobolsk’s development is making a space filled with opportunities and prospects for its residents through building dialogue and improving the city’s comfortable urban environment. We would very much like to see the special project’s exhibition and public display programs become a new form of communication between Tobolsk residents and between them and the city, Elena Belskaya, Head of ZapSibNeftekhim LLC Department for Government Relations and Socio-Economic Projects, noted.

As part of the project, in September local children and teenagers will be able to take part in master classes offered by Tyumen comics artist Georgy Yelayev and members of the Space Cow comics community to create their own visual stories. Tobolsk’s residents will attend lectures by independent curator and critic Antonio Geusa, Moscow (What happened to art in the 20th-20th centuries), and by curator Darya Parkhomenko, the founder of LABORATORIA Art&Science Space, Moscow (What can we expect from future art?), and other events.

In October, the project's public program will be further augmented by a lab class on public art practices presented by international artists. Texas artist Joshua Goode is going to organize an archeological dig in Tobolsk, offering the city’s residents a chance to take a fresh look into the city's history. Together with Kendal Henry, Director of the NYC Department of Cultural Affairs' Percent for Art Program, the attendees will be learning about different forms of public art to then use that knowledge to create their own projects in simple but effective ways. The results of this collaborative effort will be presented to Tobolsk’s audiences on the site of the former government wine warehouses.

The hours of the program hosted at the Government Wine Warehouses (at 41 S. Remezov St.) are 2 p.m. to 9 p.m. on Mondays through Fridays, and noon to 8 p.m. on Saturdays and Sundays. The hours of the My Territory multicenter (at 6/4 Krasnoarmeyskaya) are 10:00 a.m. to 8:00 p.m.. Admission to all events is free.

The project is being implemented with the support of Tyumen Oblast’s Government, Tyumen City Department of Culture, SIBUR and its social investment program, the Formula for Good Deeds, Tobolsk City Administration, Tyumen State University with the active involvement of the Institute of Social and Humanitarian Sciences and SAS (School of Advanced Studies), Tyumen Museum and Education Association, Tyumen Oil and Gas Forum, Vladimir Smirnov and Konstantin Sorokin Foundation, CEC ArtsLink, and the My Territory multicenter.

The Ural Industrial Biennale is one of the largest regularly held international projects in the field of modern art in Russia’s regions, attended by more than 300 artists from 52 countries.

The Biennale team initiates dialogue on relevant topics via its public display program and mediation efforts while promoting modern art in the region's cities, introducing the industrial Urals to Russia and the rest of the world, and stimulating the creation of new works of modern art. The 2021 6th Ural Industrial Biennale is taking place in Yekaterinburg and other cities of the Ural region. The project’s theme is a rephrased quote from Ecclesiastes, "A time to embrace and a time to evade embraces”.

The Berlin team of Chala Ileke, Adnan Yildiz, and Assaf Kimmel have been chosen as the curators of the core project. The project’s venues in Yekaterinburg will include: the automated machining workshop of the Yalamov Ural Optical and Mechanical Plant (a part of Rostech State Corporation’s Shvabe Holding), Ekaterinburg State Circus, the former Salyut movie theater, and the Main Post Office.

Ekaterina Sokolovskaya is an artist and exhibition curator, an author of art and education projects, and a researcher. She graduated from the Stieglitz St. Petersburg Academy of Art and Industry majoring in sculpture, took part in the international exchange program at Poland’s E. Geppert Academy of Art and Design, and holds a master's degree in curatorial studies from the Department of Liberal Arts and Sciences at St. Petersburg State University.