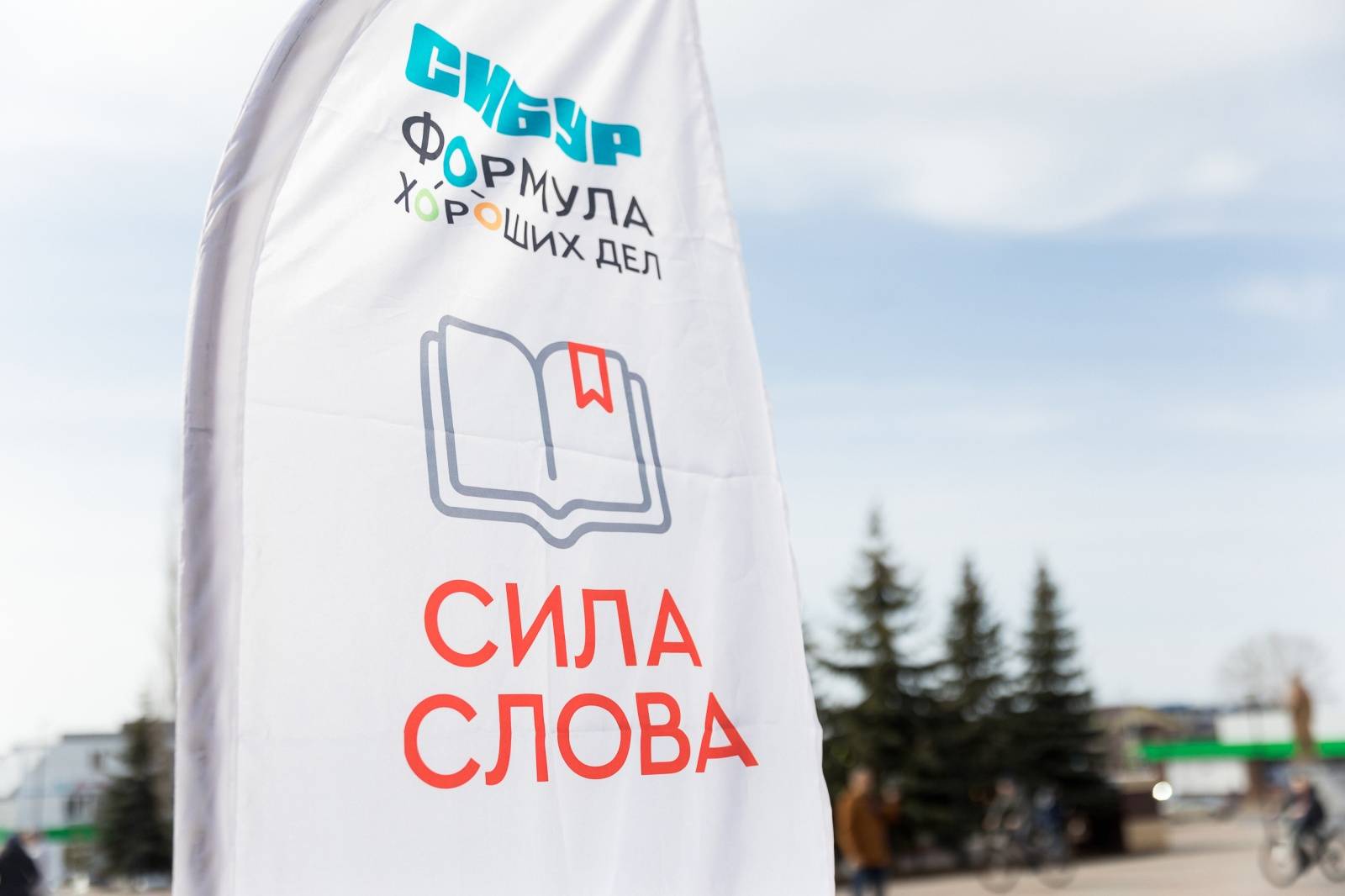 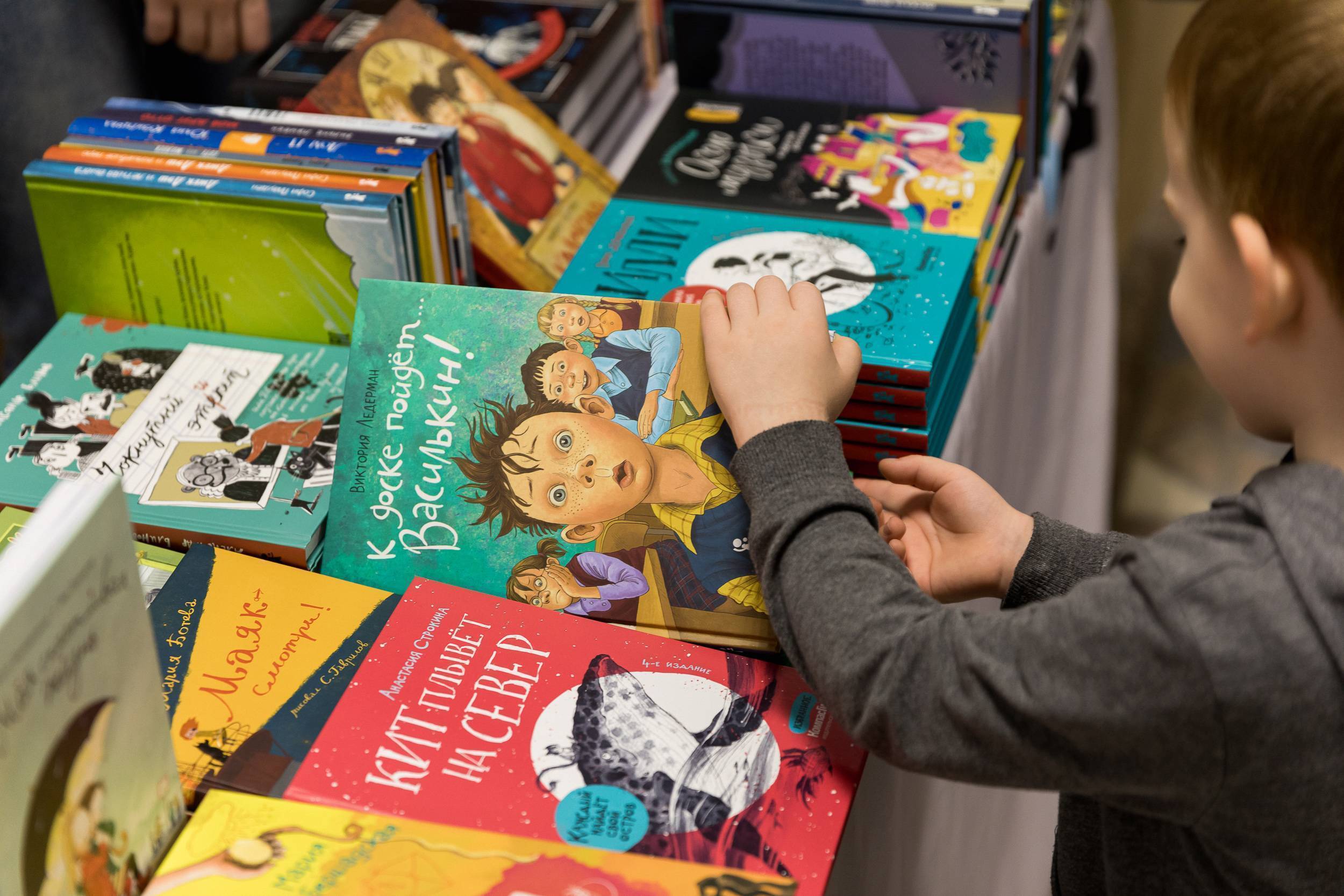 Republic of Tatarstan's Nizhnekamsk is to host its first ever family literary festival The Power of the Word on September 17 and 18. It is set to become one of the region's most important cultural events, and will introduce local residents and visitors to the most up-to-date works of children's and adult literature published in recent years, and to Russia’s famous contemporary authors. The list of the festival’s guests will include Andrei Usachev, Denis Dragunsky, Nina Dashevskaya, Alexei Salnikov, Shamil Idiatullin, and Yulia Kuznetsova. This cultural and educational project is being implemented with the support of SIBUR within the framework of its Formula for Good Deeds social investment program.

The program of "The Power of the Word" festival is targeting a diverse audience, from very young to mature readers. In addition to meetings with writers, lectures and autograph sessions, the festival’s visitors will be invited to visit a book market featuring the most sought-after new books from top Russian publishers including "Samokat", "Alpina Publisher", "Career Press", "Pink Giraffe", "Abrikobus", and "CompasGid". Tatarstan’s local publishers are also invited to take part in the event. Creativity master classes will be held for younger book readers, while poetry lovers will be able to enjoy poetry master classes and a poetry recitation contest where participants will be reciting poems in Russian and Tatar.

People are SIBUR's key asset. What we care about is not only the well-being of the residents of the regions where our company operates, but also what they are fond of and what it is that they pass on to their children. Being able to attend all kinds of festivals helps improve people's quality of life, their emotional state, and elevate the overall level of culture in the region, Elena Snezhko, Chief Expert of SIBUR's Investment Support and Social Policy Function, noted. All this is inextricably linked to the social dimension of the company's Sustainable Development Strategy. Within the framework of our social investment program, the Formula for Good Deeds, we try to focus on the needs of the residents, we try to take into account precisely what is important to them. And the upcoming festival for reading enthusiasts is the best proof of that.

The most awaited and unforgettable moments of the festival will consist of meetings with the famous authors of popular books. One of such meetings will feature Alexey Salnikov who gained nationwide acclaim following the release of his novel titled "The Petrovs in the Flu and Around It".

The festival will present an opportunity to get to know one of the most popular and beloved protagonists of children's literature, the renowned and popular Dennis from "The Adventures of Dennis " by Viktor Dragunsky. Denis Dragunsky, the inspiration for the main character of the stories, became a writer, too: a novelist and an acclaimed master of short story writing. Several generations of readers will have a chance to learn the secrets or, to be more exact, the background of the most famous of "The Adventures of Dennis", as well as to ask the writer about his own literary work.

Nina Dashevskaya, who authored such popular books for children and teenagers as "About Music", "Willie", "Theo, the Theatrical Captain" and "The Day of the Number Pi" is inviting everyone to have a conversation about a modern literary character.

"What Can You Do with the Clouds?" is the name of her collaborative act with Andrei Usachev and Galina Dyadina during which one can listen to poems, songs and even sing along with their authors! Andrei Usachev is a writer of children's literature, poet and playwright, scriptwriter, radio host, author and performer of songs. Galina Dyadina is a poet, author of such books as "Kites" and "Three pillows", and is the winner of the Samuil Marshak Prize.

The festival’s visitors will get to meet Shamil Idiatullin, the author of the novel titled "The City of Brezhnev", and a winner of the "Big Book" award. The book is autobiographical and is about the writer's childhood city of Naberezhnye Chelny. Idiatullin, who is a journalist, author of nine novels, a twice winner of the "Big Book" award, and a winner of other awards in the fields of mainstream literature, fantasy, teenage literature and horror, will discuss with his readers and fans his current work, his old and new projects, and at the end of the meeting there will be an autograph signing session.

Yulia Kuznetsova, a popular writer, will also hold literary meetings intended for both children and adults alike. She is well known to her readers for her trilogy "The First Job", and as the author of such novels as “The P House", "The Imaginary Bug", "Where's Daddy?", and others. While working on her books she is not afraid of exploring some truly complicated subjects for children and teenagers speaking to them in a simple and easy-to-understand language.

The festival’s program also includes a series of lectures on modern literature to be given by an Ufa-based critic Sergey Barkhatov, a guest lecture offered by the Vassily Aksenov House Museum in Kazan, and several classes to be taught by the Vladimir Dahl State Museum of the History of Russian Literature, including a reading club for teenagers and a shadow theater for kids. The classes will be led by Ksenia Belkevich, a teacher, a host of children's courses and a developer of literary programs. The program will also feature several dramatic art master classes prepared by Danila Alekseev, a director and head of the "Wings" drama studio.

Teachers of the Russian language and literature will be able to visit a teaching laboratory where they will discuss literature, reading and new approaches in education. The festival will culminate in the final phase of the children's poetry recitation contest. Applications to participate can be submitted right away. Schoolchildren from Nizhnekamsk aged 10 to 17 are encourage to take part in the contest. For detailed instructions on how to apply, please check out the "Contest" section on the project's website. The winner will be rewarded with the contest’s main prize, a smart Yandex.Station speaker!

Furthermore, the festival will feature a series of theatrical and literary activities for children with special developmental needs.

Further information about the festival can be found on its website and on VKontakte and Telegram social networks.

The festival will be held at the Folk Art House at 14 Lemayev Square. Admission is free, but some events require pre-registration on this website.