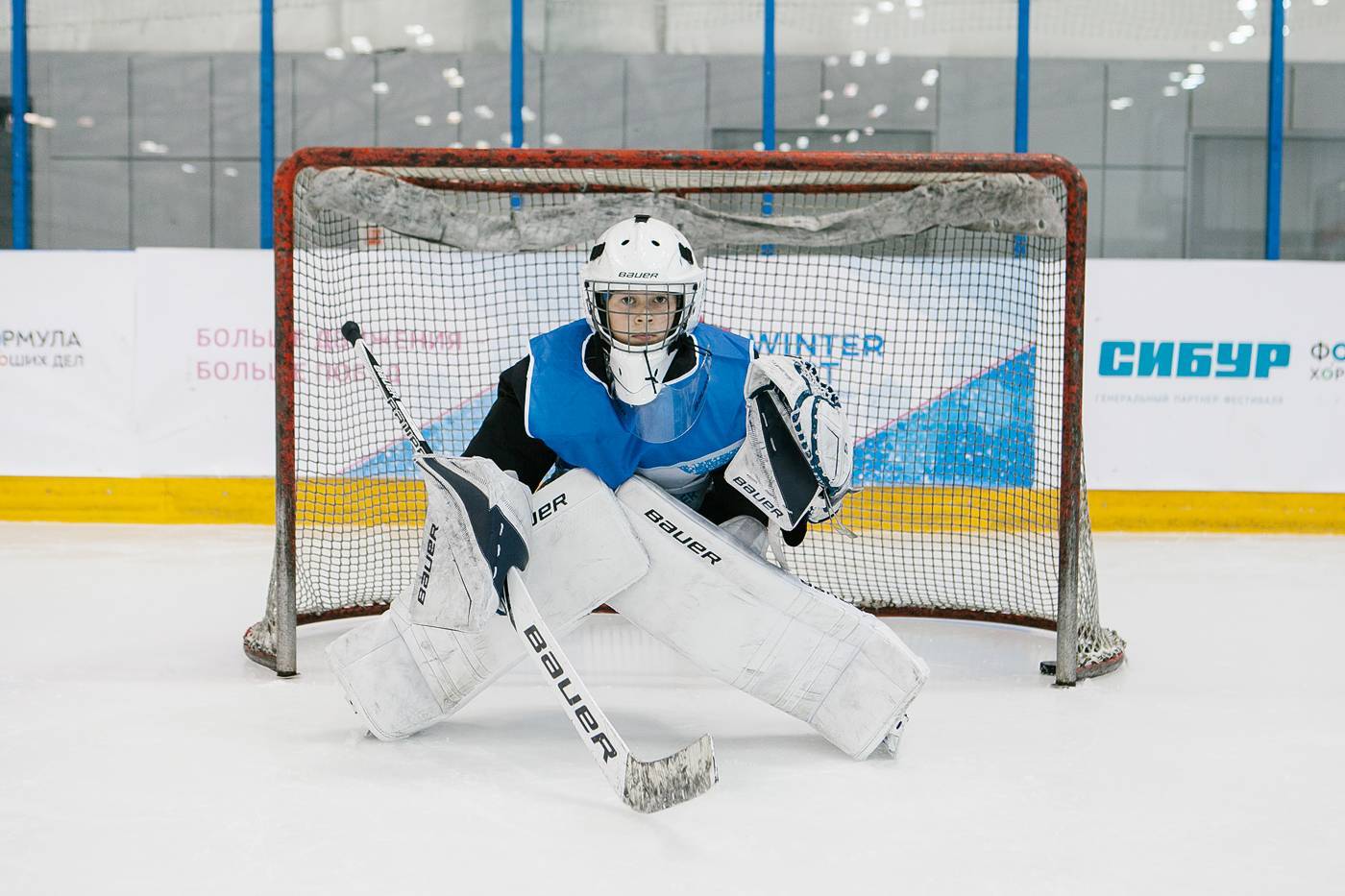 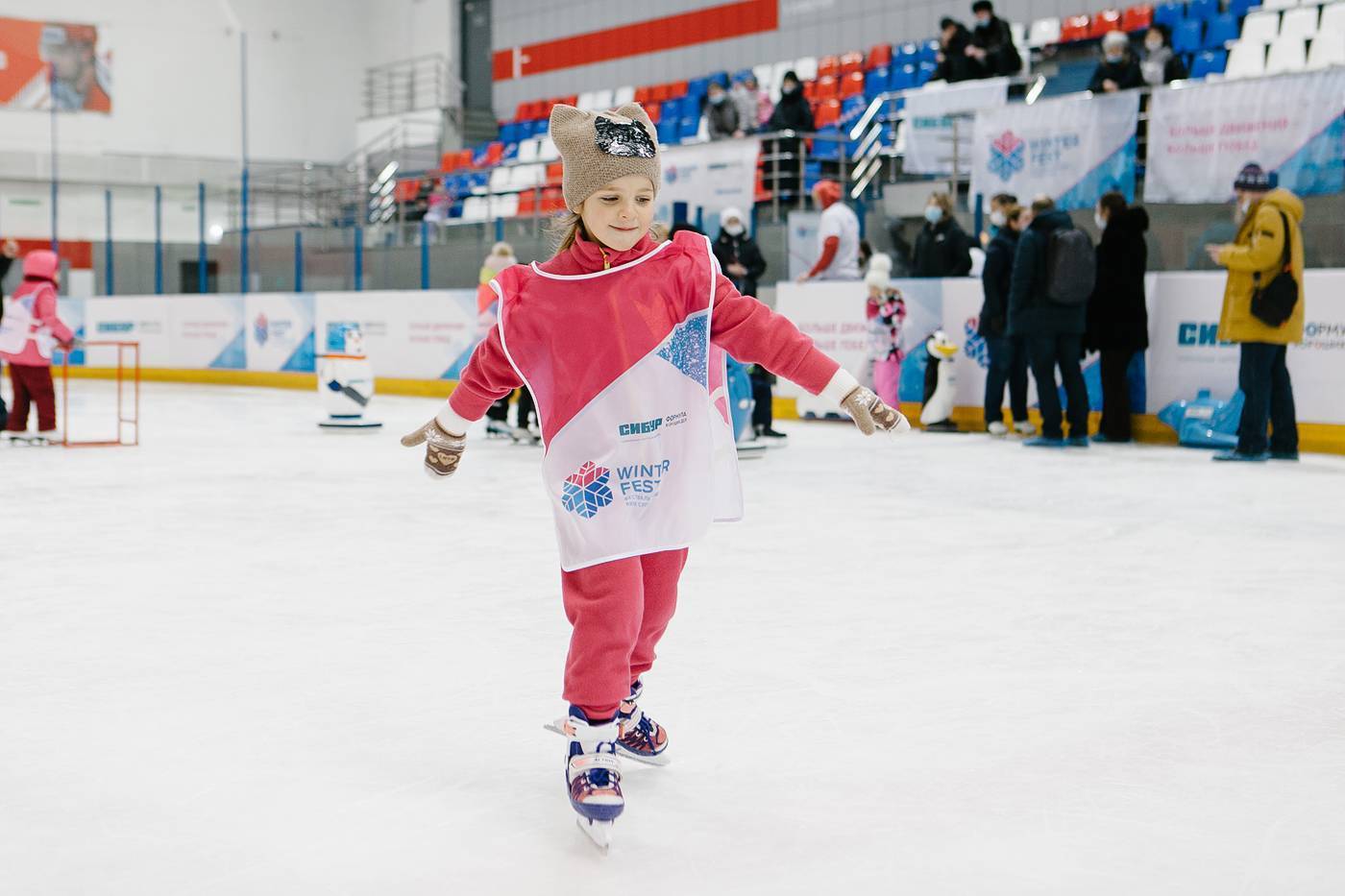 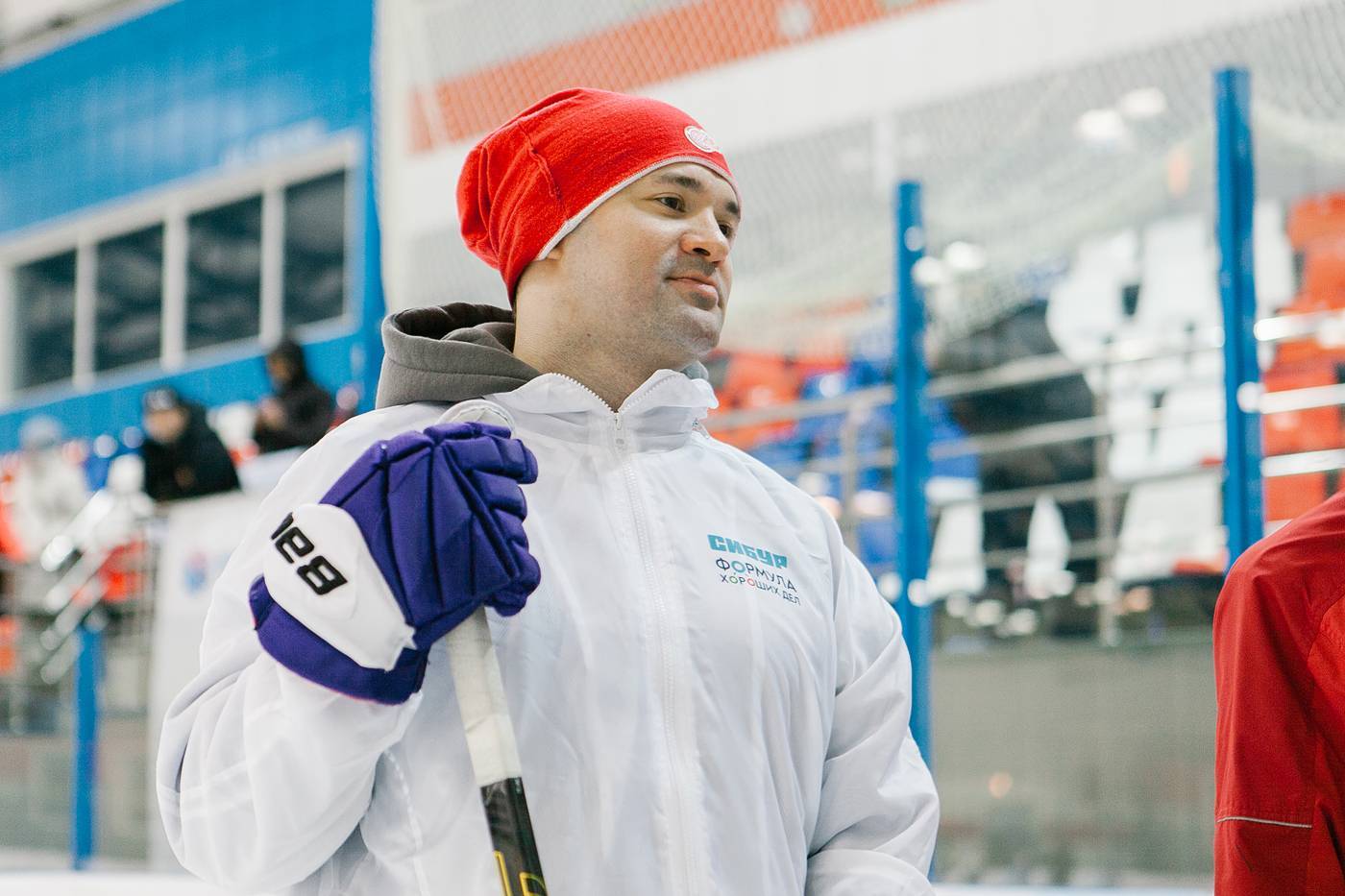 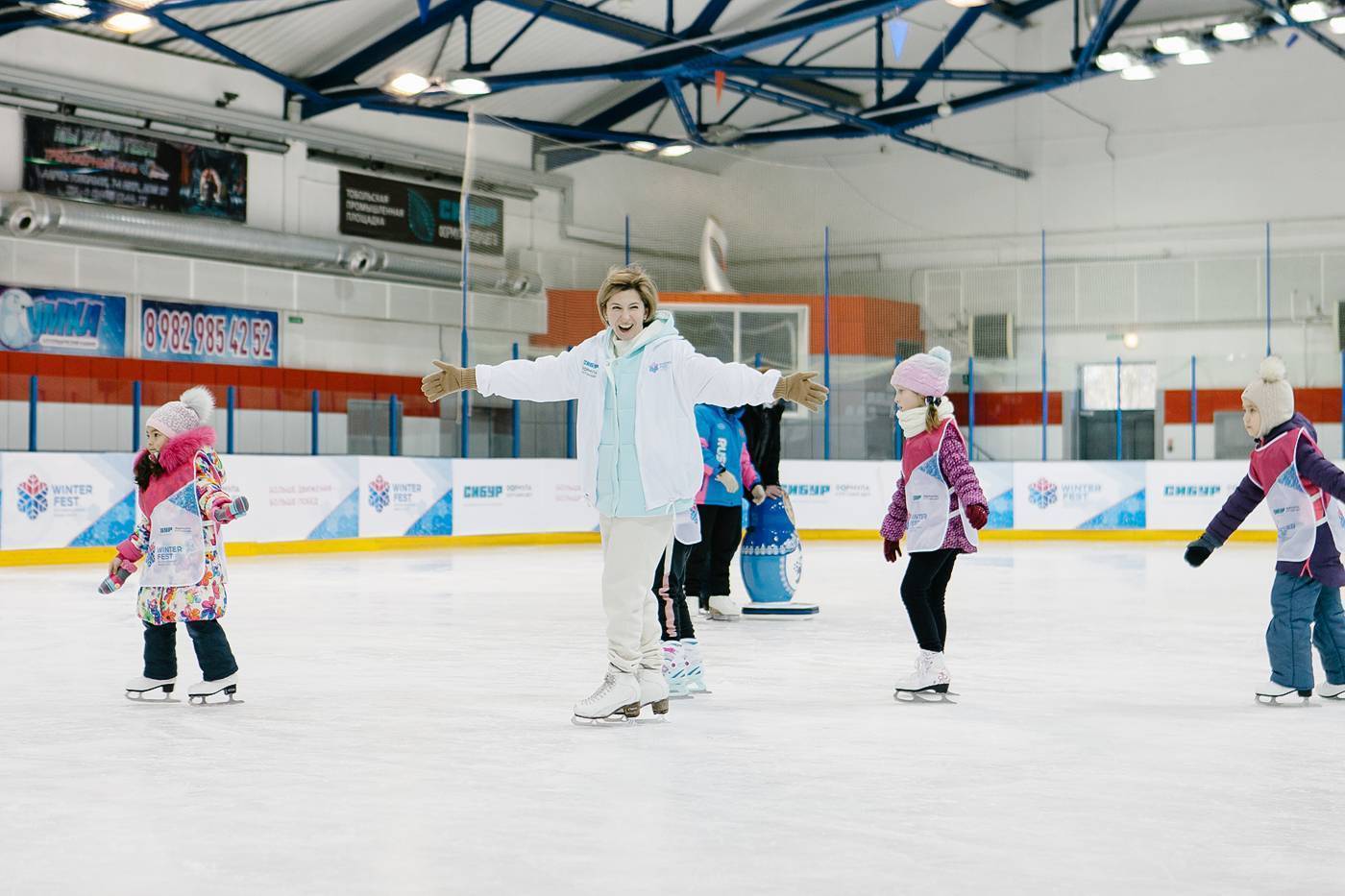 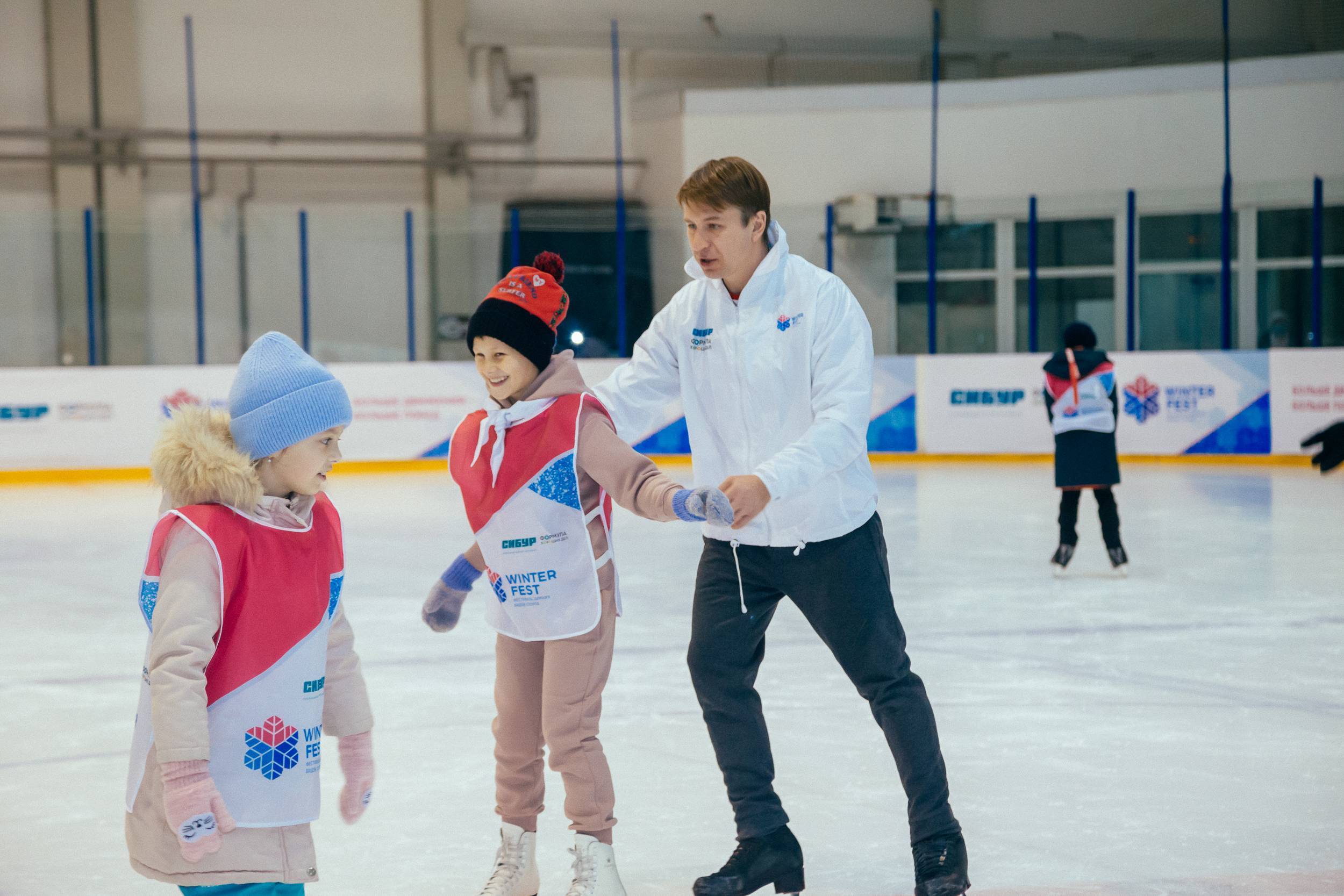 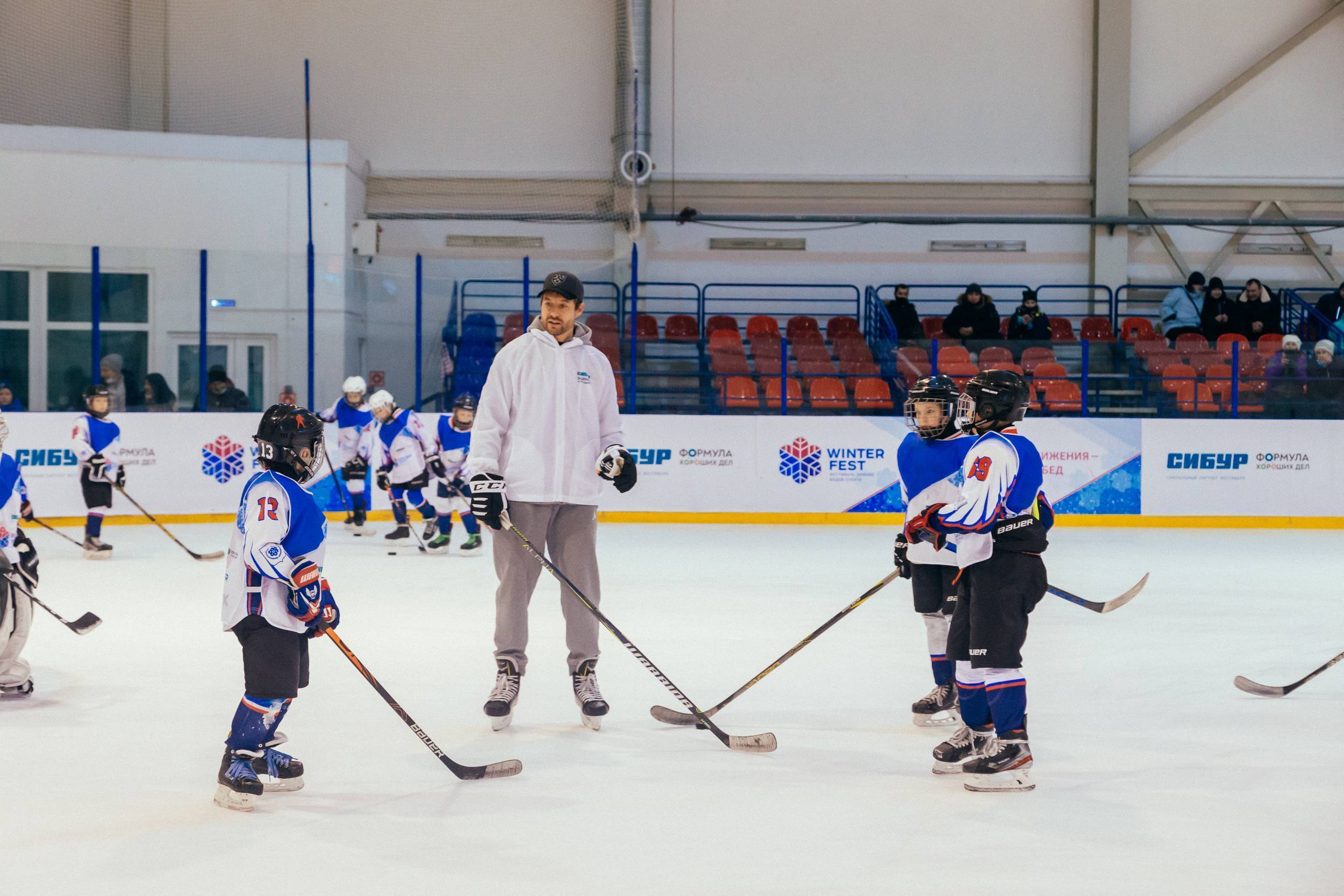 In December 2021, as many as three Russian cities hosted the Winter Fest winter sports festival organized as part of SIBUR's Formula for Good Deeds social investment program. About a thousand children aged from 6 to 16 were warmly welcomed at the ice rinks of Tomsk, Tobolsk, and Muravlenko. The festival's events became a real New Year's treat for the children. Here is our account of what was memorable about this year' Winter Fest.

Figure skating legend Alexey Yagudin and sports commentator, and ice hockey player Sergey Gimayev gave public master classes in Tomsk and Muravlenko. In Tomsk these were attended by children from 14 public welfare institutions. Sergey Gimayev gave a master class called "Real Hockey", which proved to be interesting and useful for both beginners and experienced athletes.

It is great that today we have an opportunity to support children! The ice hockey master classes in both cities were really full of talented and motivated kids. I wish the festival a lot of success! Sergey Gimayev hockey player and a sportscaster, noted.

At his master class, Alexei Yagudin demonstrated various elements of basic steps and spins, and assisted young skaters and explained how to perform them correctly.

When I was a kid training under the guidance of my coach, it wasn't so much about what he was teaching me as it was simply about his being around. I felt that, indeed, anything is possible in this life. You just have to keep working hard! Alexei Yagudin commented.

Figure skating star Yana Khokhlova, HonoredMaster of Sports of the Russian Federation, gave a master class on "Figure Skating Secrets " in Tobolsk, following which the parents of four of the children in attendance took them to a figure skating club.

It's really rewarding to know that what you do inspires kids to new conquests! I am grateful to the Winter Fest organizers for inviting me to be a mentor here. We had tons of fun with the kids: we practiced a few new technical elements on ice and discussed all the important nuances of figure skating, Yana Khokhlova commented.

One young participant from Tyumen Oblast dreamed of going to the master classes in Tobolsk and meet the professionals in person, but could not make it. The festival's organizers were able to fulfil his New Year's wish and sent a poster with autographs and wishes from his favorite athletes to the budding athlete.

It's a real joy to be not only a hockey mentor for the kids, but also a little bit of a wizard, especially around the holidays! I believe in the ambitions of each participant of our master classes and wish them great victories in the new year!

The weather in Muravlenko during the festival was harsh - the temperature dropped below minus 20 C, but that did not deter the most courageous and motivated kids from attending the master classes. The desire to learn something new and get positive emotions defeated the cold!

More than 1,000 children from the participating cities and neighboring regions took part in the Winter Fest’s master classes. All in all, the festival was attended by close to 2,000 people. All willing visitors had memorable photos taken for them and got autographs from the star athletes. Health regulations were strictly observed and every guest carried a QR code or a negative PCR test certificate

*** The Winter Fest festival has been held since 2015 in the cities of SIBUR’s presence including Tobolsk, Dzerzhinsk, Nizhnevartovsk, Tomsk, Perm, Noyabrsk, Kstovo, Blagoveshchensk, and others. Over the years, more than 13,500 children have taken part in the master classes led by star athletes, legends of sports, and Olympic champions. The festival has featured the likes of Ilya Averbukh, Alexey Yagudin, Maksim Marinin, Fedor Kanareykin, Alexander Guskov, Sergey Gimayev, Maria Butyrskaya, Dmitry Ryabykin, Andrey Nikolishin, Sergey Shepelev, Elena Berezhnaya, and others.

Yaroslav Sovetkin: "To help others, you have to want to do something.
SIBUR arranged festive celebrations for 1,507 mothers raising children with special needs
Nizhnekamsk saw the kick-off of its first projects implemented under SIBUR’s Formula for Good Deeds