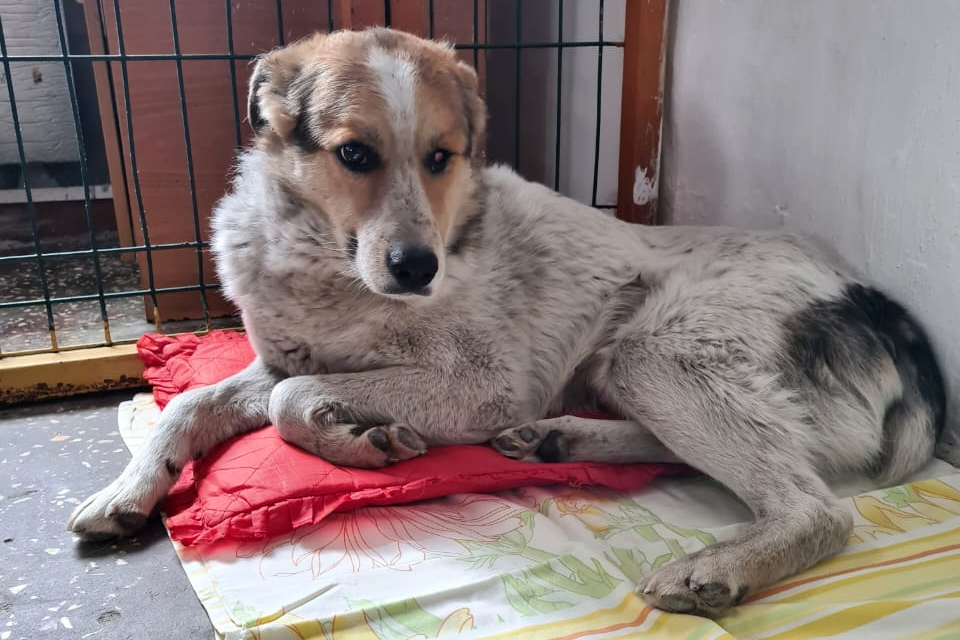 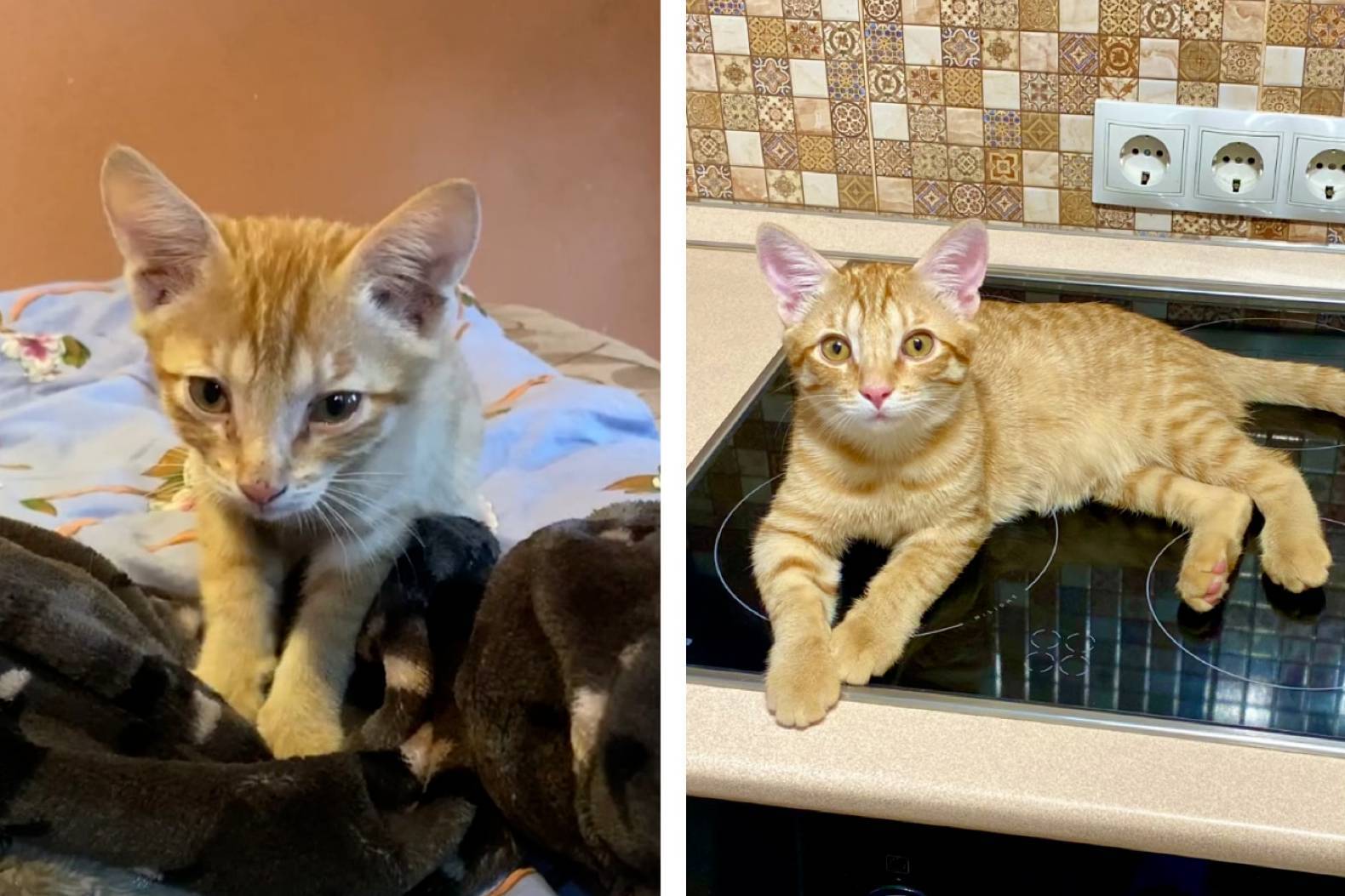 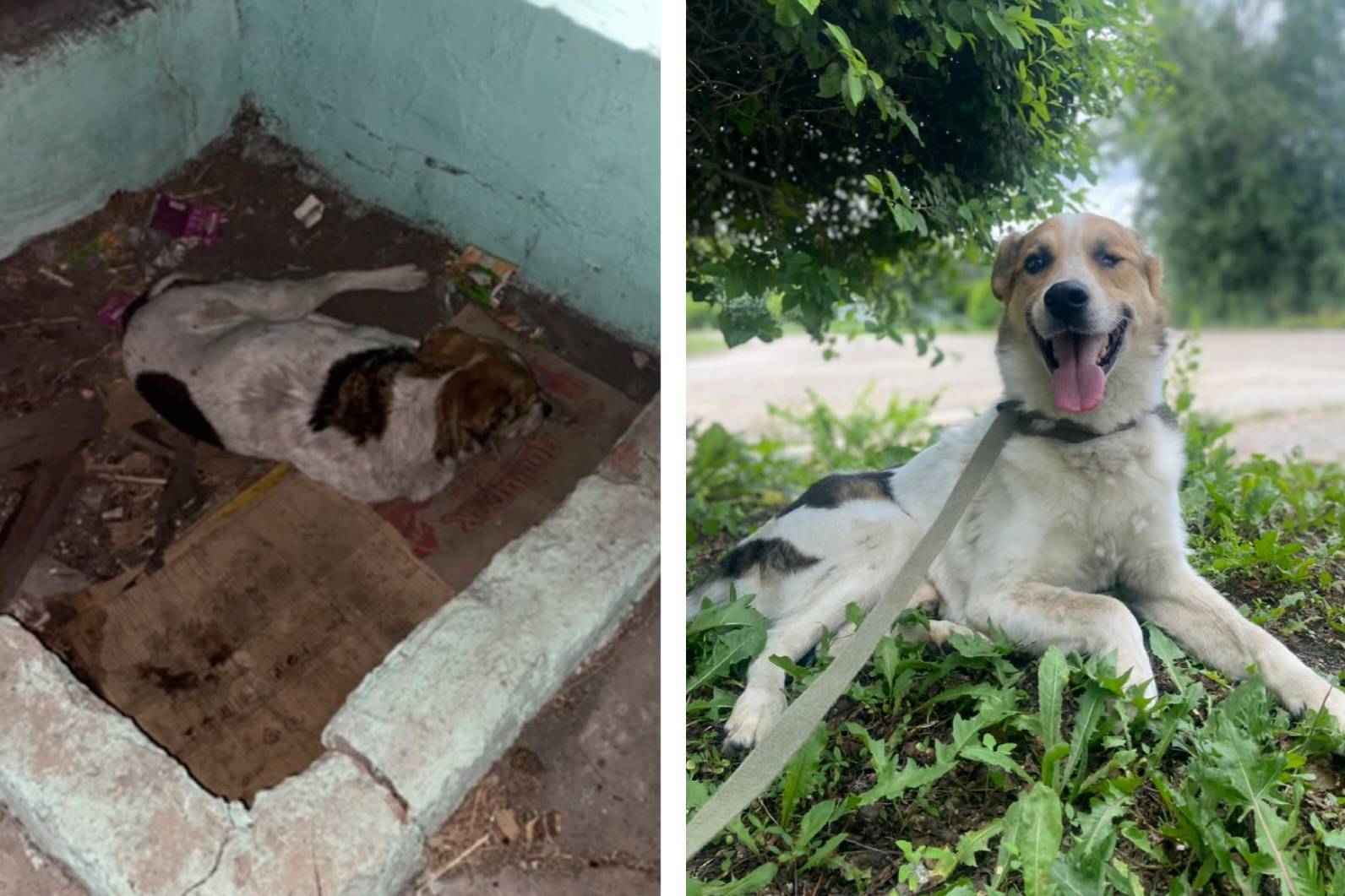 The Day Lapu Drug (Shake a Paw, Friend) volunteering initiative really resonated with Svobodny’s NIPIGAZ employee Geralda Barseghyan. Geralda happens to be the owner of three wonderful dogs, Richard, Jackson, and Tigrusha, a gray crow with a busted wing, by the name of Shani, and, since recently, a kitten named Chipsik.

I have great affection for all living creatures on our planet, Geralda Berseghyan, an anti-surge control operator, noted.

Geralda's heartwarming story began on April 19 when she stumbled upon a stray dog that had fallen into a concrete basement of the apartment building where her coworker lived at the time. The dog was trapped: it had only one eye and hind legs that had grown misaligned, making it impossible for it to get out on its own.

According to Geralda, the animal was very emaciated and could barely move. It was also very hard to tell the dog’s age from its physical appearance, for it had been extremely worn by the hard conditions of living in the Far East, where it is not unusual for temperatures drop to minus 40C in winter and reach 40C above zero in summer. So, Geralda made the decision to save the dog’s life and she had to act on it quickly!

After she fed the poor thing, with a heavy heart she went home to call animal shelters in neighboring cities. One by one, they all refused to take the dog in and that left her with the last number on her list: Salvation Island, a shelter in Blagoveshchensk. Having explained the situation, she got the much-awaited answer: "Bring it”.

But this presented the woman with a new challenge of figuring out how to transport the dog to another city and how to get the terrified animal out of the basement. Geralda phoned about 30 people, explaining the situation, but at best, the answer she would get was: "You have got nothing else to do, don’t you" or "Are you out of your mind, can you imagine what this will do to my car?!" while some just hung up on her before she finished talking. Only on her thirty first call did she get a positive response.

Geralda was also backed by her colleagues who raised money for the driver's services and for the dog's treatment. Geralda's supervisor also supported her decision and gave her the day off to help the animal as soon as possible. No one remained indifferent to the animal’s predicament!

Thinking through all the details of the upcoming undertaking, by 5 o’clock she and her driver were already standing outside that building with the basement. Although it took them many tries to finally get the dog out and put it into the trunk of the car, they were glad they did follow the calling of their kind souls. Upon their arrival at the shelter, Geralda was assured by volunteer Svetlana that everything would be fine now. And she was right. The dog was given all the necessary treatments and vaccination shots and now it goes for walks every day. He shares a spacious enclosure with his mate, eats regularly and nutritiously, there is always fresh water, he has made friends with other dogs. And, most importantly, he will now be sure to survive the coming winter in Amur Oblast.

The shelter houses a lot of animals: some are completely blind, some are missing two legs, some are very young, while some others are quite old. They all share the same tragedy of betrayal by their owners, loneliness and bad fortune caused by human carelessness and cruelty.

Colleagues, I make monthly donations to our friend and, of course, to all the other animals to cover expenses for buying food, bones and meds. If you care about our furry friends, you can make this world a little better, too! Geralda Berseghyan, an anti-surge control operator, commented.

To learn more about the shelter and its activities, visit https://ostrov28.ru/. Under the "How to help" section you will learn about all the ways in which you can help. Further below, you will find pictures and videos that illustrate this story.

Many thanks to Geralda and her colleagues! Your compassion and generosity help revive the best traditions of kindness and mutual help!