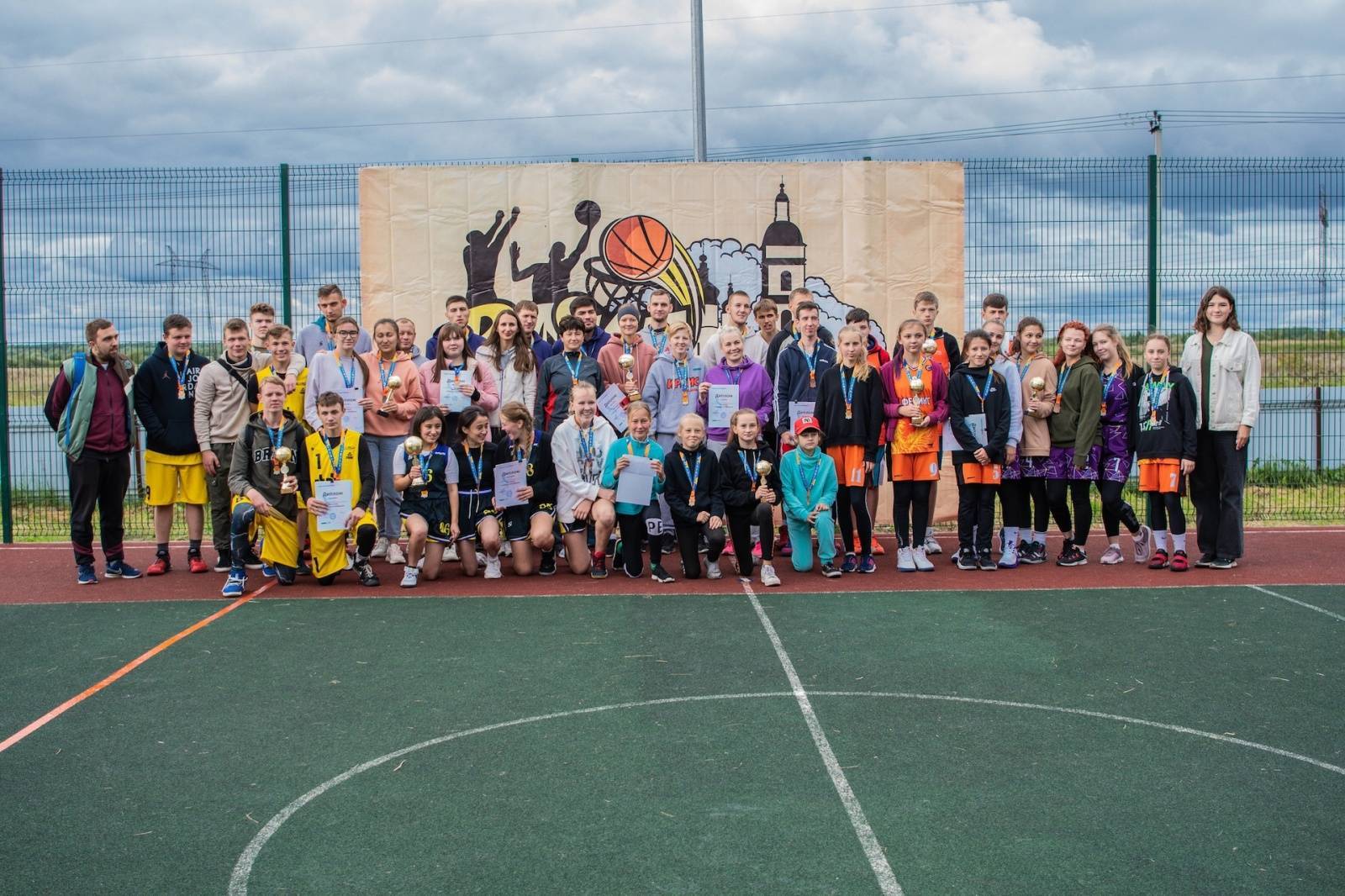 Ahead of the start of the new school year, Vorogushino, a small town in Tobolsk District, became a venue for an open #PlayBasket 3x3 basketball tournament organized together with the regional non-profit organization Dvizheniye, an Athletic and Patriotic Club. The tournament brought together 20 teams from Tobolsk District, the city of Tobolsk, Vagaysk District, and the city of Tyumen. The tournament ended up being a really exciting sporting event. All teams showed their passion and a strong will to win helping make the games very spectacular and intense. The tournament was held as part of the #PlayBasket project whose key objective is to create a proper enabling environment for developing the sport of basketball. As an example, 2021 saw new basketball uniforms, basketballs and streetballs being purchased for children's and adult teams of Tobolsk District, on top of a series of street tournaments that were held, thanks to the support of SIBUR's Formula for Good Deeds social investment program.

For every basketball player, their principal motivation for attending regular training sessions stems from being able to take part in tournaments, this is what makes their training meaningful and relevant and focused on a specific end goal. That's why, as part of our project, we try to hold as many tournaments as possible, change their formats, and work on evolving our style. And it's very valuable to see that our efforts are met with proper appreciation by our target audiences, as we make additional plans for further development of our project with every tournament we implement, Ekaterina Korikova, Head of Dvizheniye Club, said.

Holding athletic events in rural settlements is very important as a great way to spruce up leisure time of our residents and to get children and young people enamored by sports, Elena Ershova, Head of Vorogushino’s Administration, commented.

Thanks to Vorogushino School's winning SIBUR's 2019 Formula for Good Deeds social investment program’s contest, a state-of-the-art sportsground was built on a vacant lot in 2020, complete with lighting, soccer goals, basketball rings, and volleyball poles. We were pleased to see that the school’s teachers chose to show initiative yet another time to further enhance their project. Their new victory in the contest in 2021 allowed us to further expand our reach and help create comfortable conditions for sports activities not only for the students of Vorogushino School, but also for the entire adult population of the village, Elena Belskaya, Head of ZapSibNeftekhim LLC’s Government Relations Department, noted.