Gubkinsky paid tribute to those who had built the city 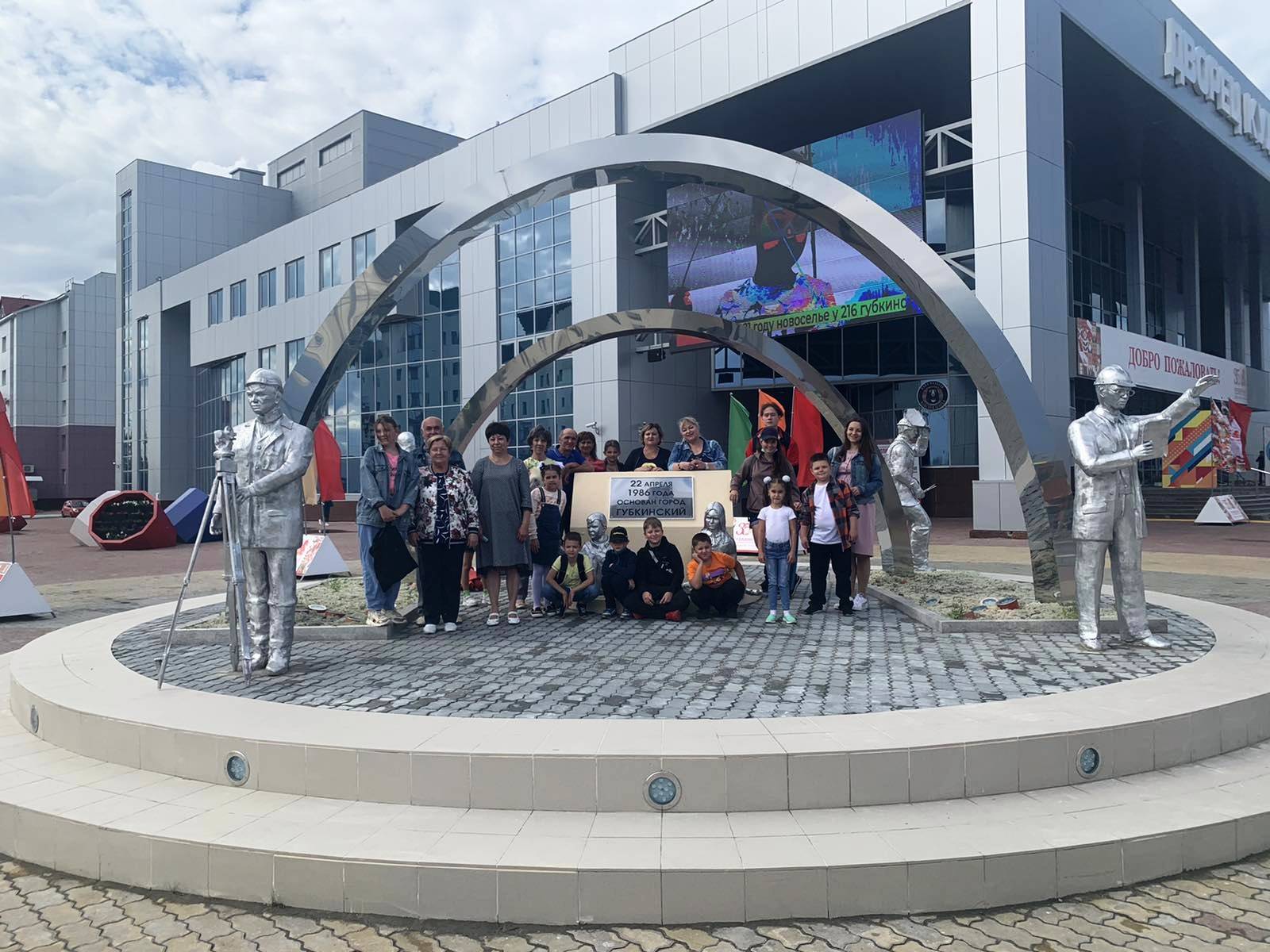 Gubkinsky, a city in Yamalo-Nenets Autonomous Okrug, became the venue for unveiling, on August 17, of a sculpture installed there as part of the Through the Years into the Future project implemented by the city’s Centralized Club Network. The project had won a grant from the Formula for Good Deeds, SIBUR’s social investment program.

The sculpture piece is composed of several steel sculptures combined into a cohesive ensemble depicting a group of people involved in the city’s development complemented by sculptures of children placed right next to the city’s foundation stone. This new art object was erected in homage to the professions that helped build the city: builders, surveyors, engineers, and oil workers. The authors of the project sought not only to put a new point of attraction on the city map but also to contribute to raising the prestige of working professions in the eyes of young people.

Present at the monument’s unveiling were the city’s veteran laborers along with the very people who had laid the city’s foundations back in 1986. The veterans reminisced about the hardships they had to go through to turn a tiny northern village it was back then into today’s Gubkinsky and about the symbolism they see in the new monument.

We’re witnesses to a historical occurrence, the unveiling of the sculpture symbolizing hard work, care, love, commitment, and purpose! These are exactly the kinds of qualities that the people who built our favorite city, the ones who are being paid tribute to by this great work of art, were generously endowed with: they were honest, hardworking, committed, caring, enthusiastic, Raisa Zotkina, one of the honorary guests of the event, Chair of Veteran, an NGO, said at the opening ceremony.

In the 35 years that have passed since its founding, Gubkinsky has evolved into a modern northern city with its own unique identity. We are happy to pay tribute to those professionals who have made it possible, Sergey Vinokhodov, Government Relations Advisor to the General Director of JSC SiburTyumenGaz, noted.