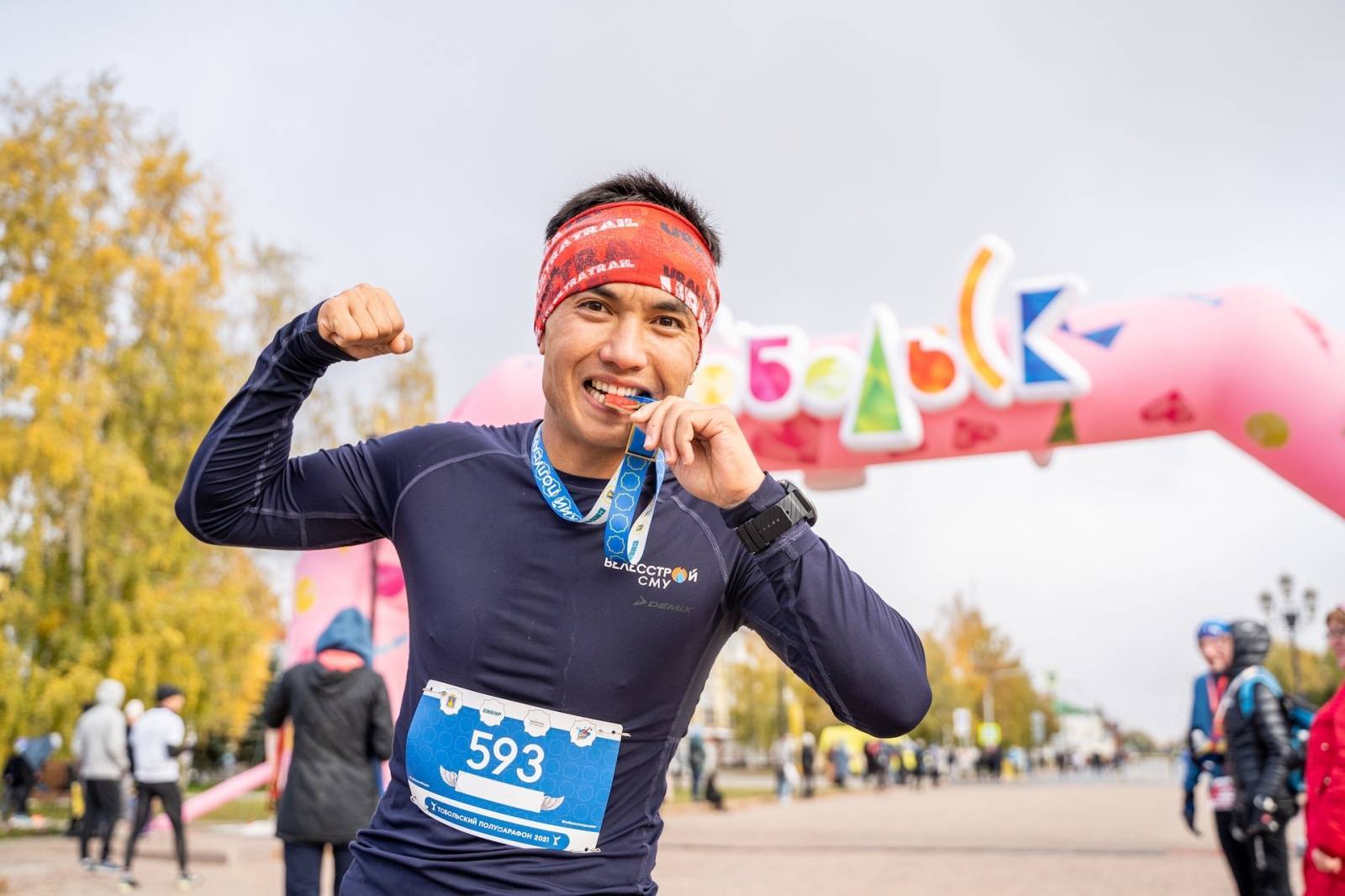 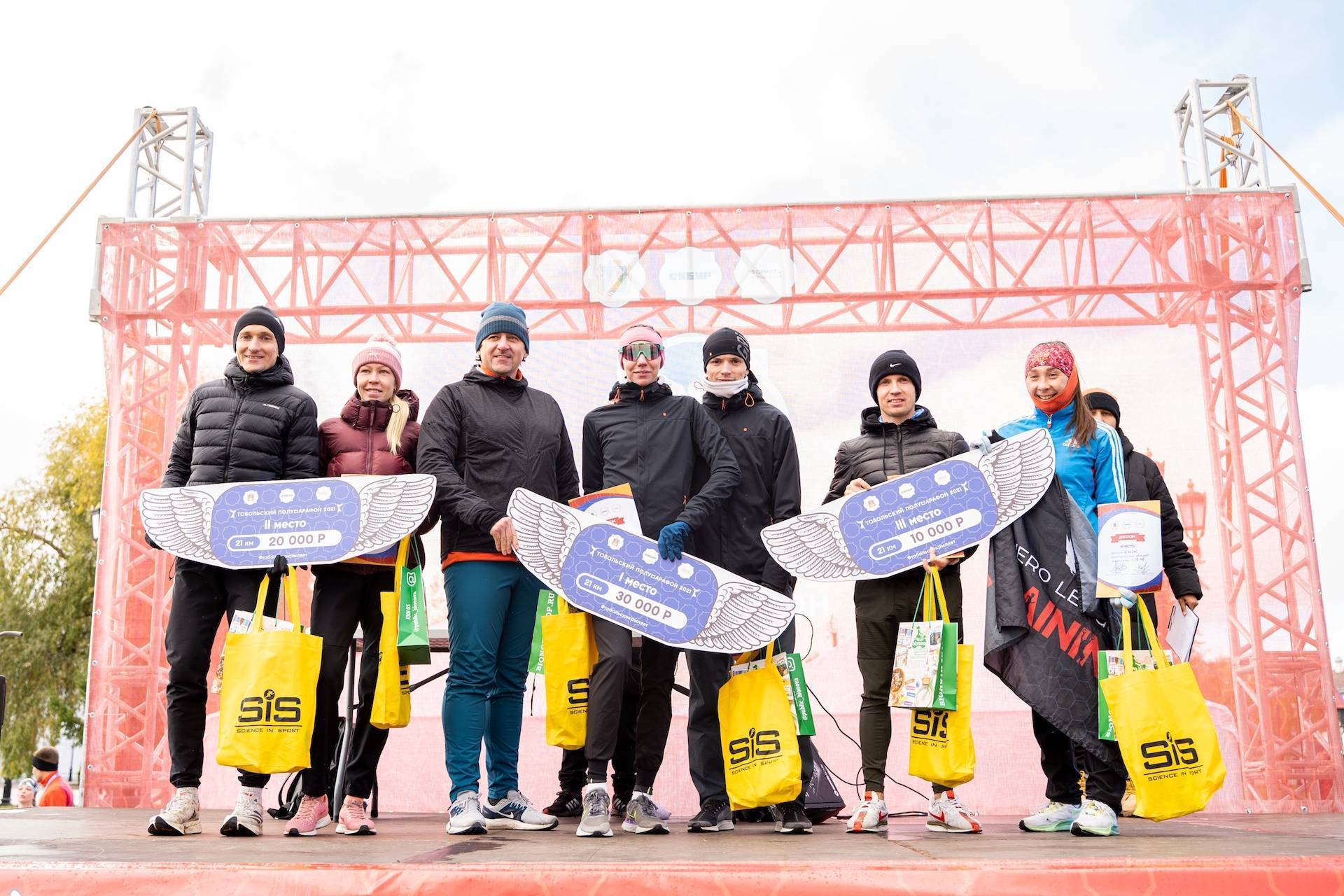 Tobolsk held its traditional 2021 Tobolsk Half Marathon, the third in a row. Thanks to its winning SIBUR’s Formula for Good Deeds’ grant contest, the half marathon became a full-fledged family-style running fest that this year alone brought together over 800 running aficionados from all parts of the country: from Moscow through Tomsk and Surgut to Irkutsk, representing 20 Russian regions and over 70 municipalities.

This year's event’s extensive program spanned two days. On Day One, competitors arrived to pick up their race packs and to take part in running tours of Tobolsk’s historical landmarks and contemporary sights, and to participate in open training sessions conducted by professional athletes. In addition, a series of children's races were held over 300-meters, 600-meters and 1-km distances Timofey Vaganov, this year’s Tobolsk Half Marathon’s youngest participant, turned just 3 years old in June.

On Day Two, participants of the 5 km, 10 km and 21 km races gathered near the walls of the city’s Kremlin. This year’s edition of Tobolsk Half Marathon included a corporate relay race and a Nordic Walk along the city's main street.

The Tobolsk Half Marathon is growing and expanding, not only in terms of its improving quality, but also numbers-wise: the number of out-of-town competitors is on the rise. It is important to note that while Tobolsk residents and guests from other regions arrive to take part in the race they end up falling in love with the city itself. For them, the race is akin to a successful first date that lays the foundation of a very special relationship with the city. The immediate plan is to see the race join the AIMS (Association of International Marathons and Races), have its route certified and initiate dialogue on potentially hosting a half marathon tournament in Tobolsk: oblast-wide, regional or national, Konstantin Vaganov, Director of the 2021 Tobolsk Half Marathon, emphasized.

I do recommend the Tobolsk Half Marathon to all! If you want to set a personal record, you should go to Tobolsk, the route is an excellent flat one. If you want to see the local Kremlin, you should also go to Tobolsk. Tobolsk’s museum is older than Moscow’s museums and it features a mammoth skeleton. And there is now a direct flight to Tobolsk from Moscow," Sergey Tyumentsev, a race participant from Tyumen, commented.

Flat terrain and a typical Siberian freezing autumn weather helped the runners produce good race results. Dmitry Nedelin (Moscow) and Alla Sidorova (Moscow) became the 21 km event’s absolute champions. Oleg Sidorov (Kazan) and Maria Lobanova (Surgut) won the 10 km races. The best runners on the distance of 21 kilometers in age groups between 40 to 80 were also awarded special diplomas. The most experienced finisher of the 21 km race was Tobolsk’s 80-year-old Anatoly Berezin who is a sports veteran with more than 60 marathons under his belt and an Honored Teacher of the Russian Federation. The title of the oldest competitor was awarded to Mikhail Yambulatov, a guest from Perm Krai, who ran the 10 km distance at the Tobolsk Half Marathon.

Considering that regular passenger air service to Tobolsk from Moscow, St. Petersburg, Yekaterinburg and Novosibirsk is expected to start very soon, I think there will be even more participants at the next half marathon representing various geographies of Russia to allow this event to get on a par with Russia’s largest races and sports fests, Moscow’s Dmitry Nedelin, the absolute winner of the 2021 Tobolsk Half Marathon, noted.

The Formula for Good Deeds, SIBUR's social investment program was launched on February 1, 2016, in all key cities where the company operates. It is being implemented across six focus areas covering all essential social sector domains: urban development, education and science, sports and healthy living, environmental protection, culture, and volunteering.